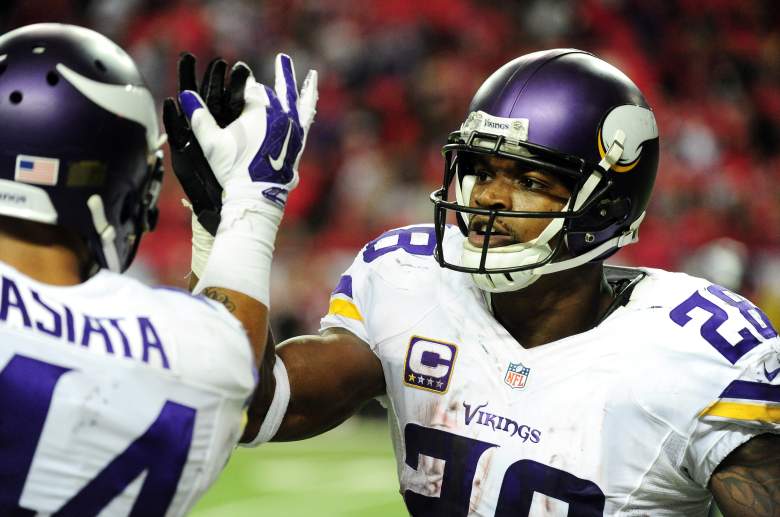 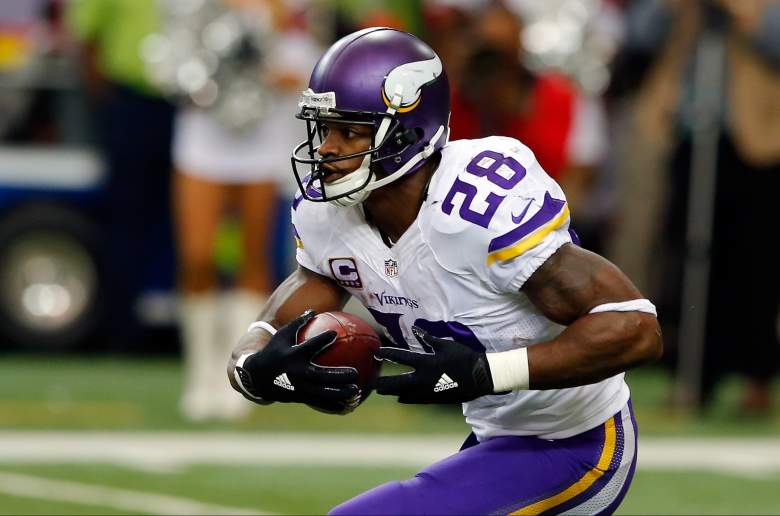 After being held to 45 yards last week, Adrian Peterson finished the day with 158 yards on the ground and two touchdowns, torching the struggling Falcons. It was Peterson’s sixth 100-yard game of the season.

Neither quarterback was stellar in the game. Minnesota’s Teddy Bridgewater was 20-28 for 174 yards and an interception, while Matt Ryan was 22-31 for 230 yards a touchdown and two interceptions for the Falcons, who have lost 5 of their last 6 games to drop to 6-5 overall after their strong 5-0 start to the season.

Though he was outshined by Peterson, Atlanta’s Tevin Coleman did finish with 110 yards on 18 carries on the ground as he filled in for the injured Devonta Freeman. Kyle Rudolph caught 7 balls for 53 yards for Minnesota, while Jacob Tamme had 5 receptions for 69 yards to lead the Falcons receiving corps in the loss.

Minnesota, which has won 6 of their last seven games, next take on the Seahawks at home, while the Falcons will limp into Tampa Bay to take on the Buccaneers.

Check out the highlights from the contest below:

Nick Williams caught a pass from Matt Ryan for 1 Yard as the Falcons got into the end zone for the first time in the game in the closing moments. Atlanta trailed after the extra point, 20-10.

@AdrianPeterson with the TD ? pic.twitter.com/f3baQqhHDM

Adrian Peterson scored his second touchdown of the day, a 35-yard run, and the Vikings lead late over the Falcons on the road in the Georgia Dome, 20-3. Peterson has 158 yards on the ground to go along with his two scores.

Vikings Holding Onto Lead at the Half in the Georgia Dome 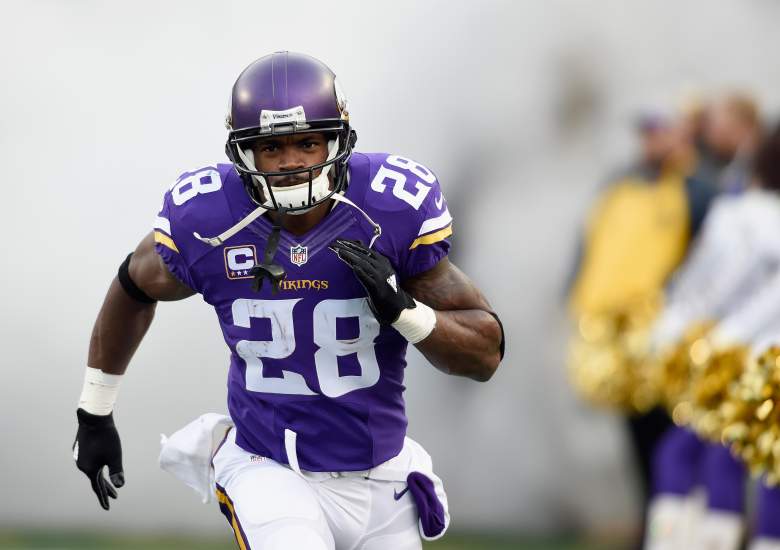 Adrian Peterson moved into 19th place on the all-time rushing list in the second quarter. (Getty)

The struggling Falcons are keeping pace with the Vikings and their all-world running back Adrian Peterson, but still trail at the half, 7-3, as they hope to avoid their fifth loss in six tries.

Rushing leaders for the game are Adrian Peterson, with 12 carries for 48 yards and a touchdown for Minnesota, while Tevin Coleman had 10 carries for 76 yards for Atlanta. Kyle Rudolph made 5 receptions for 41 yards, and Atlanta’s Justin Hardy made 2 catches for 21 yards.

Shayne Graham Knocks in FG To Trim Deficit for Atlanta

Falcons place kicker Shayne Graham hit a 31-yard field goal to get the Falcons on the board. They now trail 7-3 at home against Minnesota.

Ricardo Allen made a full extension, leaping interception grab to intercept Teddy Bridgewater and keep it a one-score game in Atlanta.

Adrian Peterson scored a touchdown from one-yard out with just over three minutes to play in the first quarter to give the Vikings a 7-0 lead. Peterson already has 20 yards on seven carries to go with the score.

Devonta Freeman is doubtful with a concussion for Atlanta. (Getty)

The Falcons have a tall order on Sunday afternoon. They have to shut down a player on the other sideline whom they’ve described as “not a normal human being.”

Adrian Peterson has had yet another other-worldly year, leading the league in rushing having racked up 1,006 yards through ten games and leading the Vikings to a tie atop the NFC North entering play in Week 12. The Falcons have lost four-of-five, but hope a little home cooking at the end of Thanksgiving week can get Matt Ryan, Julio Jones and the Birds back on track. Tevin Coleman will have to step up and fill the concussed Devonta Freeman’s shoes for Atlanta as they try to get back on track.

Check back here for live scoring updates, stats and highlights during the game. 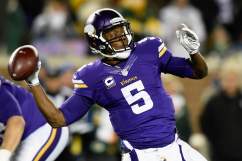