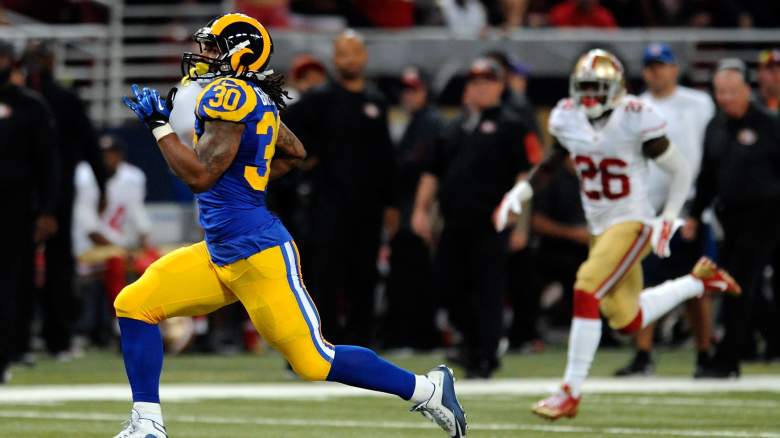 At this point, it’s probably smart to start questioning whether Todd Gurley is man or robot.

The St. Louis Rams rookie was transcendent again on Sunday, tallying 98 yards and a touchdown in the first half alone against the San Francisco 49ers. It took him only 10 carries to get there, thanks to this 71-yard touchdown run:

Gurley is unfair. Players with his size aren’t supposed to also have his vision, explosiveness and speed. He’s pretty much a lock for Rookie of the Year at this point, but the ceiling goes far beyond that. The Georgia product, who now has four straight games with 100-plus rushing yards, will most likely be a Pro Bowler, and he’s a legitimate threat to lead the NFL in rushing. He entered the week 12th but is very quickly climbing the list.

The last player to accomplish that feat was Edgerrin James, who ran for 1,553 yards in 1999. Before that, it was Eric Dickerson in 1983 when he dominated defenses for 1,808 yards.

That’s pretty decent company that Gurley has a chance to join. And remember, he’s coming off an ACL tear, he missed the first three games of the season and was severely limited in the fourth.

Just imagine what he’s going to do in a fully healthy season.