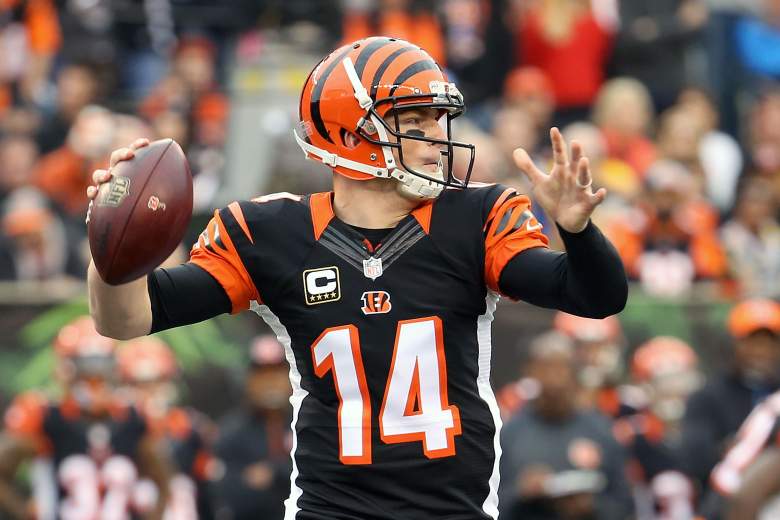 Andy Dalton continues to be sidelined with a thumb injury. (Getty)

AJ McCarron has filled in adequately for the Cincinnati Bengals at quarterback, but Andy Dalton was a big reason for the Bengals success this season. Dalton is still a few weeks away from returning to the field.

#Bengals QB Andy Dalton gets scans every week, team has tried to accelerate healing. But bone isn't healed through yet. Not a good situation

Bengals fans should root for Cincinnati to secure a first round bye to allow Dalton more time to heal. According to NFL.com, the earliest Dalton could return is the divisional round of the playoffs.

This means if the Bengals fall below the second seed, AJ McCarron would be the quarterback for the first game of the playoffs. Even if the Bengals get a bye there is no guarantee Dalton will be ready for their first playoff game.

Dalton injured his thumb early in the Week 14 game against the Steelers. Dalton threw an interception and tried to complete a tackle. His thumb hit the shin of one of the Steelers defensive players.

Read More
Football, NFL
The Cincinnati Bengals are missing starting quarterback Andy Dalton. Find out if Dalton will be ready to play during the playoffs.