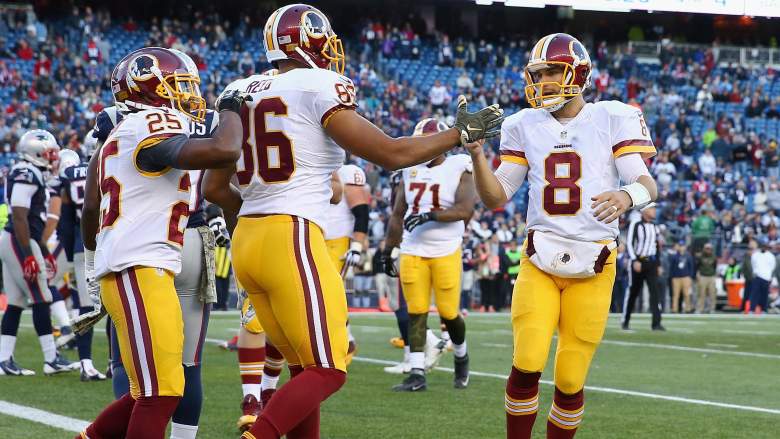 The Washington Redskins are looking for their first back-to-back victories of the season with a MNF showdown. (Getty)

The NFC East is still a mess, but the Redskins seem to have found a bit of a rhythm, particularly at home. Now, they’ll look to maintain control of their own postseason fates with a Dallas squad that is, once again, without Tony Romo under center.

Can the Redskins stay hot? Can Dallas actually win without Romo? Maybe and maybe. Here’s everything you need to know about the NFC East faceoff:

Game Preview: The Washington Redskins are a bit desperate for some consistency.

The team has been one of two things this season, surprisingly dominant, or incredibly bad. With their hold on the NFC East standings less-than-strong, the Redskins can’t afford to be either extreme on Monday night. Instead, they need to be consistent.

They also need to win.

Washington has yet to notch back-to-back victories this season, but a strong performance against a Romo-less Cowboys squad is the perfect chance to do just that.

The Redskins have out-gained their opponents on the ground in six of 11 games and last week’s victory over the New York Giants was, in large part, accomplished with the run game. Alfred Morris looked like the Alfred Morris of old and if he can keep the Dallas defense honest, it takes some of the pressure off the shoulders of Kirk Cousins to launch the football down the field.