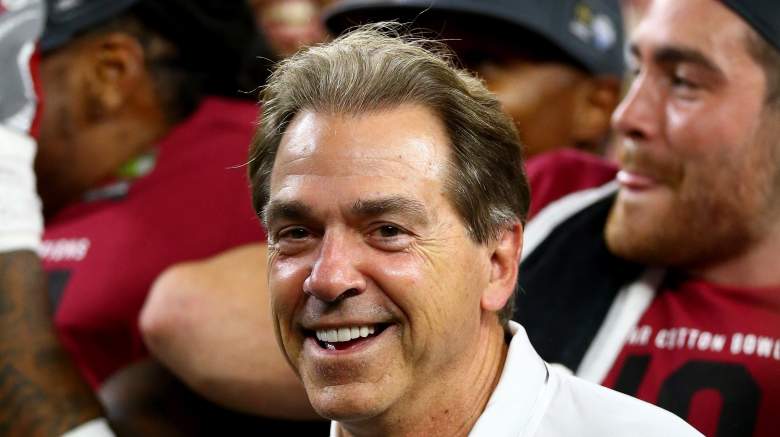 Alabama is headed to the national title game to face Clemson. The Crimson Tide dominated the Spartans as the Michigan State offense was suffocated by Alabama’s defense.

Fans saw a more polished passing offense from Alabama than they have displayed all season. After a slow start by both offenses, the Alabama offense opened things up in the second half with 28 points.

Heisman Trophy winner Derrick Henry had a relatively quiet night by his standards with 75 rushing yards but did score two touchdowns.

Here is how Alabama won the Cotton Bowl:

It has not been uncommon for Alabama to give Derrick Henry the ball 40 or more times a game. It was a surprise when the Crimson Tide opened up the game by not giving Henry a single carry.

We have a touchdown! Derrick Henry powers it in for a 7-0 Alabama lead, set up by this 50-yard Calvin Ridley catch. https://t.co/KgsnKWvmYo

It was a low scoring first half, but Jake Coker connected with Calvin Ridley on a 50-yard pass in the second quarter. It set up a short touchdown run by Derrick Henry and Alabama took a 7-0 lead.

Ridley Came Up With an Amazing Touchdown Reception

The play was initially ruled an incomplete pass but after review it was changed to a touchdown. It was an impressive grab by Ridley and gave Alabama a 17-0 lead midway through the third quarter. It would be the start of the route the Crimson Tide put on the Spartans in the second half.