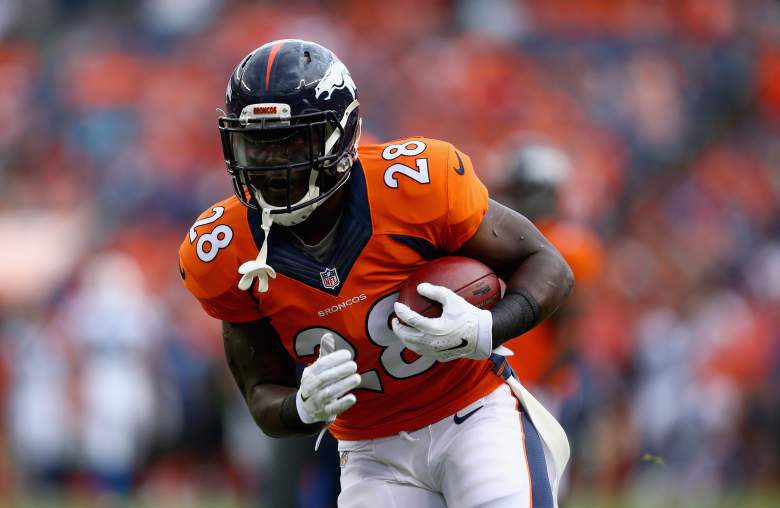 Montee Ball was signed by the New England Patriots on Tuesday after starting the year with the Denver Broncos. (Getty)

Get ready for a new face in the backfield, New England Patriots fans.

Veteran running back Montee Ball was signed by the recently-crowned AFC East champs to their practice squad on Tuesday afternoon after it became clear that LeGarrette Blount’s hip injury was season-ending.

Blount, who was one of the few consistencies in an inconsistent ground game for the Patriots, was spotted on crutches at the New England facility after leaving Sunday night’s game against the Houston Texans with a hip injury. His future was confirmed by ESPN’s Adam Schefter

Patriots' RB LaGarrette Blount is out for the year, as @Trags reported. Another blow to Patriots' backfield.

Of course, it’s been a tough season for the Patriots ground game. New England had already lost Dion Lewis for the season after he tore his ACL earlier this year. Blount wrapped up the year with 703 yards, six rushing touchdowns and one receiving touchdown.

So, what does Bell’s addition to the Patriots roster mean when it comes to fantasy projections heading into Week 15? A good amount actually.

New England has already wrapped up the division, but can still clinch the top seed in the AFC and secure a first-round bye. That means that Sunday’s matchup against the Tennessee Titans is not something to overlook.

The Patriots don’t run the ball a lot – it probably has a lot to do with having Tom Brady on their team – but Ball presents a different option to New England’s offense, especially an offense that is still hurting. Over the course of his career, Ball has 175 carries for 731 yards and five touchdowns. Also interesting, he has 29 receptions for 207 yards.

If Ball can haul in some catches and notch a few good runs out of the backfield, he could be a good play in the fantasy world this week, particularly at the FLEX position. It’s a bit of a gamble, but so is fantasy football when you get right down to it.