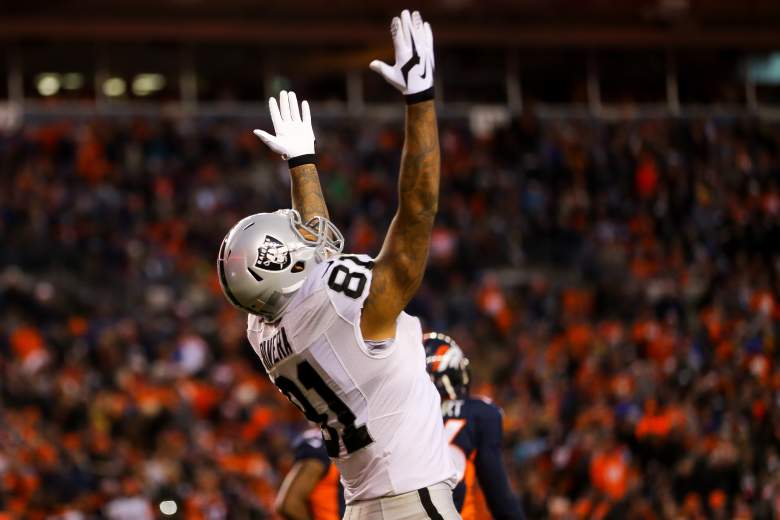 The Oakland Raiders pulled off the upset in Denver. (Getty)

It was the tale of two halves in Denver as the Raiders came up with the 15-12 upset victory over the Broncos. The Broncos took a 12-0 lead into halftime but will look back on missed opportunities in the redzone as one of the reasons for their loss.

The Raiders started the second half with a touchdown and continued to chip away at the lead. The Oakland defense held Denver scoreless in the second half.

A safety late in the third quarter seemed to ignite the Raiders as they completed their comeback. It was not the prettiest game by either team, but it was the Raiders performance in the second half that sealed the victory.

Here is how the Raiders beat the Broncos:

The Broncos Could Not Capitalize on First Half Redzone Opportunities

Seth Roberts Got the Raiders on the Board

Carr to Seth Roberts for an 11-yard touchdown. Raiders back in it.

After being shut down in the first half, the Raiders began the second half with a touchdown. Derek Carr connected with Seth Roberts to make it 12-7.

The Raiders Forced a Safety

The Raiders sacked Brock Osweiler in the endzone and the ball came loose. The Broncos recovered it and gave up a safety rather than a touchdown. The play began to give the Raiders momentum. Later in the fourth quarter, Oakland took a 15-12 lead with a touchdown.

Carr and the offense built on the great play of their defense. Carr connected with Mychal Rivera for the touchdown. The Raiders would hold onto the lead and came up with the upset victory on the road.

Read More
AFC West, Denver Broncos, Football, Las Vegas Raiders, NFL
The Oakland Raiders pulled off the road upset with their 15-12 defeat of the Denver Broncos. We have the highlights, stats and analysis of the game.