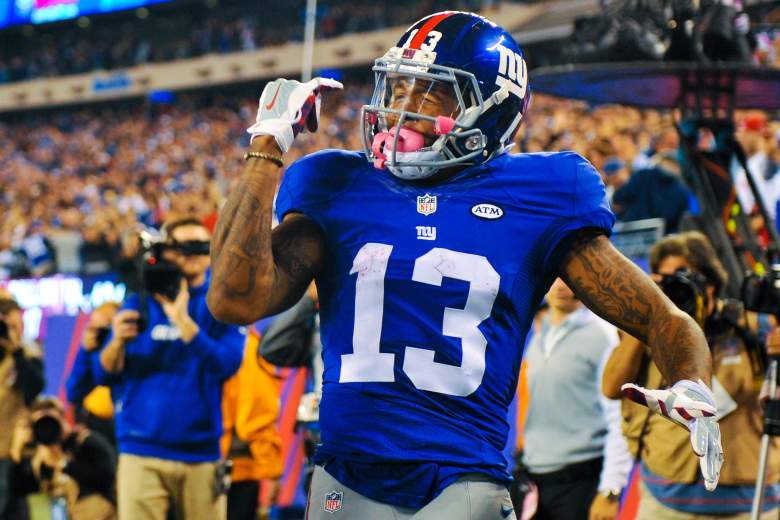 The New York Giants will be without their top offensive threat on Sunday evening. (Getty)

The New York Giants will take the field on Sunday night without one very important player; Odell Beckham Jr.

The second-year wide receiver was suspended one-game following his actions during last week’s loss to the Carolina Panthers. Beckham had appealed the suspension, which was first announced last Monday, but the decision was upheld by the league on Wednesday.

Beckham was unable to practice with Big Blue for the remainder of the week and is not available for the Week 16 matchup against the Minnesota Vikings.

Of course, plenty has been made of Beckham’s actions last Sunday. His in-game dust-up with Panthers cornerback Josh Norman earned him three flags for unnecessary roughness and even drew a fine for Norman as well. The NFL president of football operations Merton Hanks said Beckham’s actions “put his opponents at unnecessary risk of injury.”

This isn’t the first time Beckham’s on-field actions have ended with fines and discussion.

The recently-announced Pro Bowl’er was fined for unacceptable on-field actions in the Giants game in Buffalo this season. Following the game, several Bills players accused Beckham of throwing punches.

Beckham released the following statement via Twitter after his suspension was upheld:

On Thursday, the Giants promoted Ben Edwards from the practice squad to fill Beckham’s spot. Keep an eye out on Rueben Randle as well.

The entire Giants organization has been very supportive on Sunday and even head coach Tom Coughlin said:

Beckham certainly was wrong, and we’ve said he was wrong from day one. But there were factors involved, starting in pregame, which are well documented, which indicate that there was an attempt to provoke him. He was provoked. He was out of control. He was wrong — there’s no doubt about that. You’d like that it didn’t happen. But the fact of the matter is, the situation in the pregame with the baseball bat, and if you know what occurred at the very beginning of the game, you can understand that there were two sides to this and not just one.

Beckham will be available for the Giants in their Week 17 matchup against the Philadelphia Eagles. 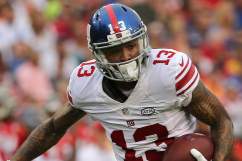 Read More
Football, new york giants, NFL, odell beckham
The New York Giants wide receiver won't be on the field on Sunday night. So, where is he?