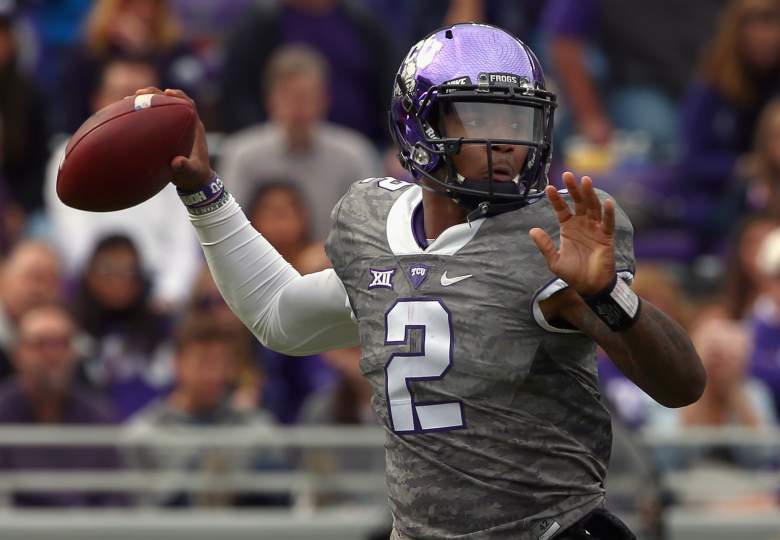 TCU quarterback Trevone Boykin was arrested in an early morning fight at San Antonio’s Riverwalk. According to Fox San Antonio, the altercation occurred at a bar, and Boykin inadvertently hit a police officer during the incident.

According to Fox San Antonio, the incident started when fans began exchanging words with Boykin at a bar. Boykin took a swing at one of the fans but hit a bar employee.

The police arrived and Boykin continued to take swings. One of the swings accidentally connected with a police officer. The police threatened to tase him and he reportedly calmed down.

“We are aware of a situation last night and are gathering information. We will continue to closely monitor this and evaluate additional details as they become available.”

Read More
College Football, Football
TCU quarterback Trevone Boykin has been arrested. We have all the breaking news on the incident.