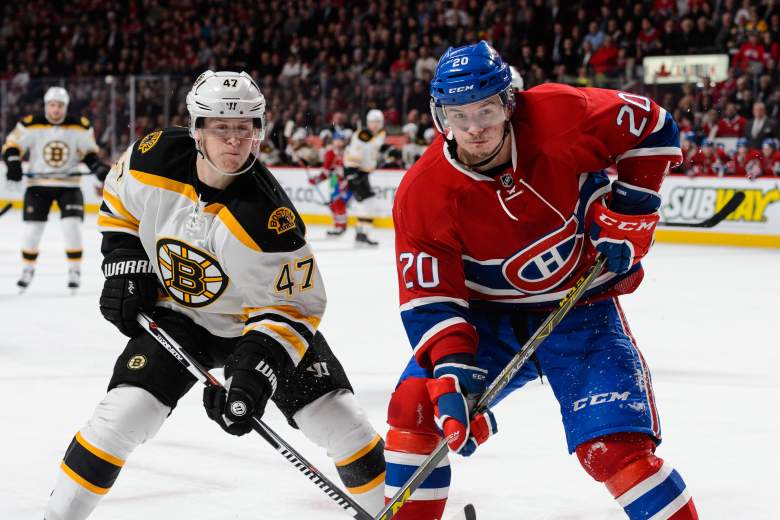 The rivalry is renewed as the Boston Bruins and Montreal Canadiens face off on New Years Day. (Getty)

What are your New Years resolutions?

If one of them isn’t to watch two hockey teams that absolutely despise each other play on an outdoor rink at Gillette Stadium, then you should probably reexamine your New Years resolutions.

The Boston Bruins and Montreal Canadiens face off in the Winter Classic on Thursday afternoon and both squads are riding very different waves of momentum heading into the outdoor tilt.

Despite a recent skid, the Bruins are playing well and have taken points from 15 of their last 19 games, vaulting them within three-points behind the Canadiens in the Atlantic Division. Meanwhile, Montreal is 2-8-0 in its last ten games and lost its first place hold on the division to the Florida Panthers earlier this week.

Boston has put 51.3 percent of shot attempts in their favor, the ninth highest mark int he NHL, while the Habs are still trying to find their way without Carey Price in net. So, yeah, it seems safe to assume this one is going to be fun.

Puck drop for the Winter Classic is slated for 1 p.m. ET and is being broadcast on NBC. Not going to be near a TV screen? That’s totally cool. Here’s how to watch the matchup online and on mobile:

How to Watch Canadiens vs. Bruins Live Stream Online

How to Watch Canadiens vs. Bruins on Mobile