The All-Star saga of John Scott has been an up-and-down ride for everyone involved. (Getty)

It started out as a joke.

It was a joke. A joke to vote for John Scott as NHL All-Star captain. Who was John Scott anyway? He wasn’t anyone. He has 11 points in 285 NHL career games. He was a defenseman who bounced between the league and the AHL with fairly regular movement.

It was a joke that John Scott would captain an All-Star game team. But then the league opened up captaincy to fan voting and the internet got a hold of John Scott and made him a star; whether he wanted to be or not.

Scott was voted an All-Star captain in a way that no one expected. The once-joke was now serious. Fans wanted Scott at the game. They wanted him leading the Pacific Division in Nashville. The joke was over and Scott was suddenly one of the biggest stories in the entire NHL.

Now, Scott, who is no longer with the Arizona Coyotes or even in the NHL for that matter, will head to Tennessee for All-Star weekend after a fan campaign that has united the hockey-watching world in a way that no one quite expected. Read on to learn more about Scott, including his fight to participate in this weekend’s events:

1. The Coyotes & NHL Asked Scott Not to Participate in the All-Star Game

So, it’s early January and, somehow, John Scott is an All-Star game captain. No one expected it, least of all Scott and certainly not his then-team, the Arizona Coyotes, or the NHL.

And neither the Coyotes nor the NHL were particularly pleased.

John Scott was previously asked by both NHL and Arizona Coyotes to bow out of NHL All-Star Game. He refused. Trade likely takes care of that

Then things got particularly tragic. Scott was traded. Unceremoniously and without any thought to the person who lives a life away from the ice. He was sent to the Montreal Canadiens who immediately sent him to the AHL. Suddenly, Scott, who had slowly but surely accepted his All-Star status and become a fan-favorite, was no longer an All-Star.

Let’s just say, the internet was less than pleased. Petitions were started. Twitter hashtags began and, suddenly, those same fans who had jokingly voted Scott an All-Star captain were fighting to get him back to the game; because he deserved to be there.

The NHL had to respond. So they brought Scott back. The 33-year-old will retain his Pacific Division captaincy in what will likely be his final NHL game. Sometimes good things happen. This is one of them.

Scott has battled for years to achieve his NHL dream. (Instagram)

Scott, who was born in Edmonton, but grew up in St. Catharines, Ontario, played four years of college hockey at Michigan Tech. As a physical defenseman, Scott recorded 19 points and 347 penalty minutes in his career with the Huskies.

He graduated with a degree in engineering, but has never quite been able to shake his hockey dream. So, he started to fight in order to keep playing. Scott told Puck Daddy:

I didn’t start fighting until I made it to [the Chicago Blackhawks] and started fighting a little more, but it’s nice to kind of go back and show people I’m not just a one-dimensional player, I can do different things. I can actually make a pass and shoot the puck and skate a little bit. Hockey’s a game and it’s easy to do and it’s fun. Why would you work when you can just play hockey and play a kid’s game your whole life? I think it’s kind of a no-brainer.

Although he dreamt of playing in the NHL, it took some time for Scott to realize his professional dream. In fact, he first played for the Houston Aeros in the AHL, joining the team as a free agent before he signed his first professional contract in 2006 with the Minnesota Wild.

3. He’s Played for Six NHL Teams Since Joining the League in 2006 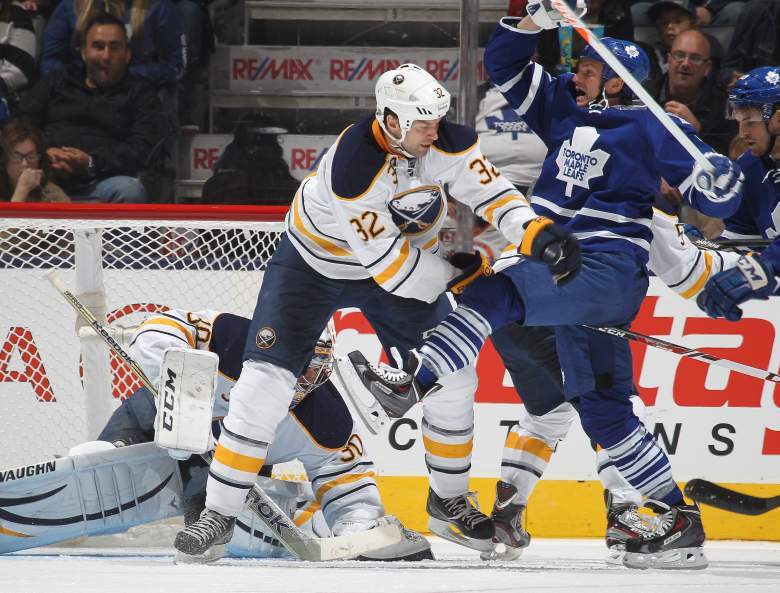 No matter what uniform he was wearing, Scott had a reputation as an enforcer in the league. (Getty)

It’s been a long and winding NHL road for Scott who has established himself as a more than a journeyman. In fact, throughout the course of his career, Scott has rarely spent more than two seasons with any one team.

The most Scott has made on a per-year basis was a $750,000 on-year contract with the Sabres in 2013-14. It hasn’t always been easy, but Scott credits his family for their unwavering support. “They take it as an adventure,” he told Puck Daddy. “They’ve been supporting me and coming along with me with this little journey I’ve been on. If it wasn’t for them I would have been done a few years ago.”

4. Scott & His Wife Danielle Have Been Married Since 2008

It isn’t easy being the wife of an NHL player and it’s even more difficult when that NHL player is seemingly constantly being bounced from team to team and contract o contract. Still, Danielle Scott has found a way to make it work; even with two young daughters and another child on the way.

The pair first met when they were both mechanical engineering students at Michigan Tech and at first she was apprehensive of the new relationship, telling Her Write Peace:

I had just gotten out of a long relationship, so I wasn’t initially taking anything serious, even after three bullseyes, and especially with a hockey player, but within a couple of weeks he totally had me wrapped around his finger.

After nine months of dating, Scott used his first contract to help buy an engagement ring and after the wedding Danielle took a job with Boston Scientific, a leading medical device company in the Bio-Med world.

Now, with a family to take care of and Scott’s career almost constantly keeping the family on the move, Danielle runs Light in Me, a fashion website for kids with 100% completely hand-crafted clothes. 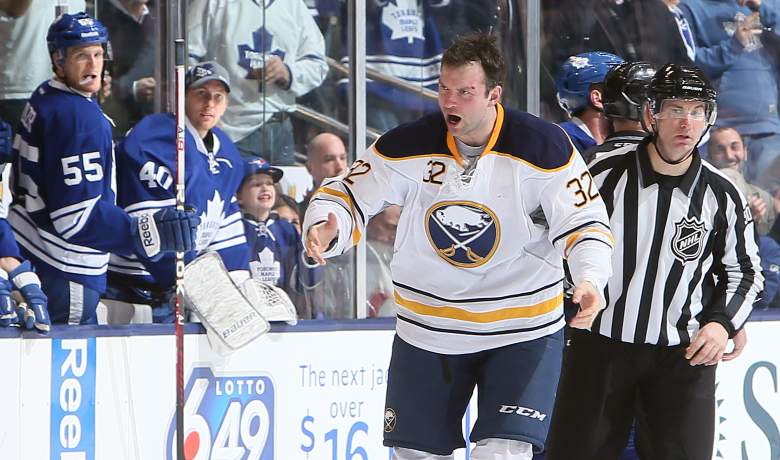 Scott has worked behind the scenes as well to try and help better the entire league. (Getty)

Although he developed a reputation as a fighter, Scott is more interested in the actual sport of hockey, rather than the game’s more violent tendencies. In fact, throughout his career, Scott has worked to better the game from behind the scenes.

During his time with the Chicago Blackhawks, Scott was the team’s NHLPA player representative and was also a good friend of Derek Boogaard when they were teammates in Minnesota. After Boogard’s death in 2011, from an overdose of prescription painkillers, Scott has been a voice in limiting access to the medicine in the league. Scott described his relationship with Boogard to the Chicago Tribune, saying:

His personality changed, and I think that’s kind of where it started. Someone should have stepped in maybe then and said something, but I think he hid it well. He was such a big guy, and you don’t really notice it when someone’s out of it unless you really paid attention to him. I roomed with him, so I kind of saw some of the effects.

Scott addressed the problem with the National Hockey League Players’ Association meeting in the summer of 2011 and has quietly been focused on helping other players in the years that followed. 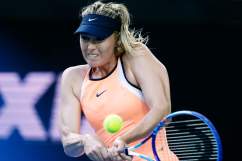 Who Is Maria Sharapova Dating?