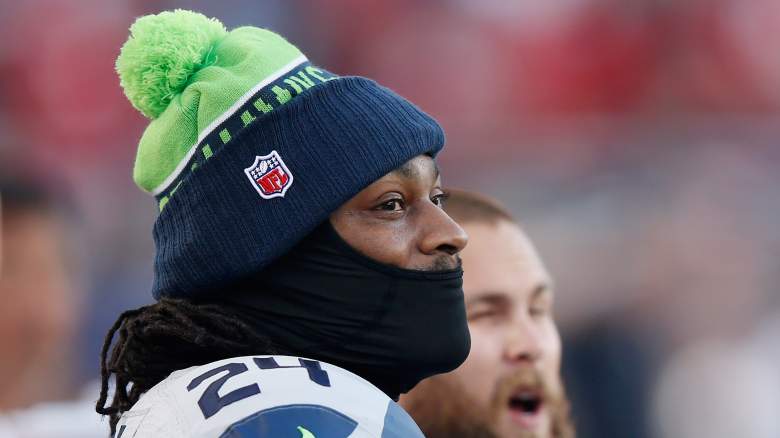 Seattle Seahawks running back Marshawn Lynch was listed as a full participant in practice on Wednesday.

Of course, we’ve already learned that doesn’t mean much. Lynch, recovering from an abdomen injury that has kept him out since November 15, was a full participant on Wednesday, Thursday and Friday last week, leading most to believe he would be ready to go against the Minnesota Vikings. But he didn’t even make the trip.

What’s more encouraging is that, according to offensive coordinator Darrell Bevell, he’s improving:

Darrell Bevell on Marshawn Lynch: "I can't judge each and every day, but probably one of the best days that he had out here today."

It’s a good sign for Lynch’s status for this weekend’s showdown with the Carolina Panthers, but the next couple of days will be important.

Should Lynch be unable to go, the ‘Hawks would again turn to Chrstine Michael, who tallied 70 yards on 21 carries in the wild-card round against the Vikes. The 3.33 yards per carry average certainly isn’t a big number on paper, but neither offense was operating at full steam in sub-zero temperatures, and Michael has impressed in his second go-round with Seattle. He has shown impressive burst and power, and appears to be running with a lot more urgency than in the past.

The Seahawks, historically a run-heavy team under Pete Carroll, wouldn’t be afraid to turn to the air, either, as Russell Wilson, Doug Baldwin, Tyler Lockett and the passing game have been dangerously efficient without Beast Mode.

In other words, Lynch would be a welcomed addition for Seattle, but the ‘Hawks aren’t doomed without him. We’ve seen proof the last two months.

Read More
Football, Marshawn Lynch, NFL, Seattle Seahawks
Marshawn Lynch is back at practice (again), but what does that mean for Sunday against the Carolina Panthers?