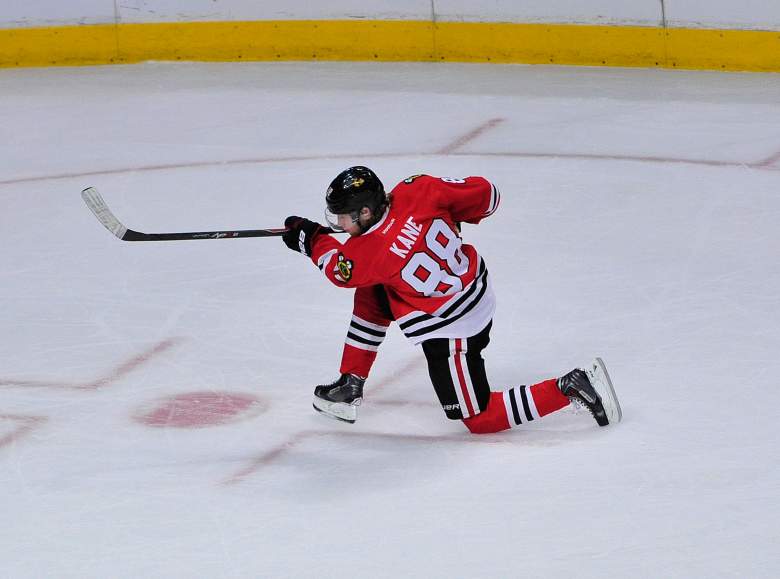 Patrick Kane leads the NHL in just about every stat and now he takes his talents to the All-Star Game. (Getty)

We’ve had just about every possible pre-game storyline when it comes to this year’s NHL All-Star games.

We’ve had fan voting, joke captains that, somehow, became legitimate stars, players asking not to play and, for good measure, a brand-new format on the ice. That’s right, the All-Star game has been revamped, again, and this year teams will be competing in a 3-on-3 tournament style.

Two divisions will face off against each other in the first round of the event with the winners of each game battling for the championship and a $1 million prize. It’ll be fast, it’ll be different and, with any luck, it’ll be pretty darn fun too.

The event, which is being held at the Bridgestone Arena in Nashville, Tennessee, will get underway at 5 p.m. ET and is being broadcast on NBCSN. Donn’t worry if you’re not near a TV. We’ve got all the ways to watch right here:

For those hockey fans slightly farther north, there’s another option for live-streaming. The skills-event will be broadcast on Sportsnet live and can be viewed online with Sportsnet Live. You can watch the live stream of the entire competition by clicking here.

For a complete breakdown of the skills competition as well as an up-to-date schedule on NHL All-Star weekend, click here.