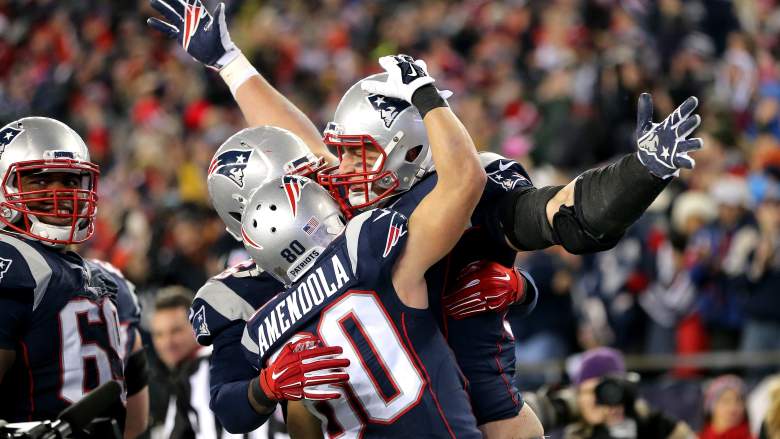 UPDATE: The Patriots will travel to Denver to take on the Broncos on Sunday, January 24 at 3:05 p.m. ET.

For the fifth year in a row, the New England Patriots are headed to the AFC Championship.

With their offense back at full strength on Saturday, the Pats defeated the Kansas City Chiefs, 27-20, to return to the NFL’s version of the Final Four. Their opponent won’t be known until Sunday night, but here’s a complete look at everything we know about next weekend’s matchup:

Should the Broncos beat the banged-up Steelers on Sunday–Denver is favored by a whopping nine points–then the Pats would go on the road to play the Broncos.

If the Steelers pull off the upset, New England would get to stay in Foxboro and host the Steelers.

New England has played both teams already this season. The Pats beat Pittsburgh, 28-21, way back in Week 1, and lost at Denver, 30-24, in overtime in Week 12. In the latter matchup, though, Julian Edelman was out and Rob Gronkowski left late with a knee injury.

And as we saw Saturday, both are definitely back.