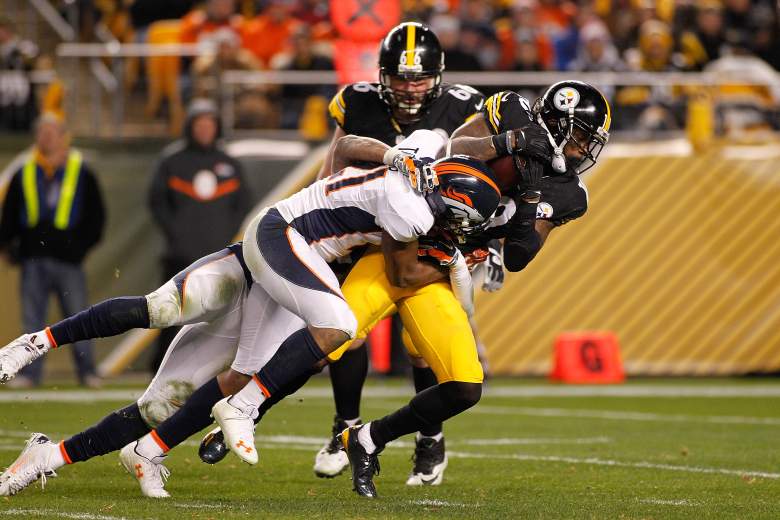 The Pittsburgh Steelers take on the Denver Broncos in the Divisional Round of the NFL playoffs. The winner will advance to the AFC championship game for the right to represent the conference in the Super Bowl.

According to OddsShark, the Broncos are a seven point favorite. Denver opened as a three point favorite, but the amount of injuries that the Steelers are facing is moving the line even more in favor of the Broncos.

Pittsburgh’s offense is facing injuries to their top two players: Ben Roethlisberger and Antonio Brown. Roethlisberger is expected to play this Sunday despite a shoulder injury.

The outlook for Brown does not look as promising. Early reports indicate Brown is unlikely to play after sustaining a concussion in the Steelers previous playoff game against the Bengals. The concussion protocol is fluid and Brown’s status can change at any point leading up to kickoff.

The Steelers and Broncos kick off from Denver on Sunday at 4:40 p.m. ET on CBS.

Read More
Denver Broncos, Football, NFL, Pittsburgh Steelers
Find out who is favored and the latest betting line from Vegas for the Divisional Round matchup between the Steelers and Broncos.