Roethlisberger and the Steelers need to win in Cleveland to have an outside shot at the playoffs. (Getty)

After it appeared the Steelers were destined for the playoffs, they were immediately humbled last week by the rival Ravens. Mallett, after only 11 days with the team, threw for a career-high 274 yards in the victory. The Ravens had been blown out 69-20 in their previous two games.

If that wasn’t awful enough, the Patriots mangled the overtime coin toss against the Jets, and allowed a game-winning touchdown that hurt the Steelers more than the Patriots. Now the Jets are a full game ahead o the Steelers, and can clinch the final playoff spot with a win in Buffalo today.

Here’s how the Steelers look heading into the final week:

*Kansas City is ahead of the New York and Pittsburgh based on conference record (Chiefs: 8-2 Jets:6-4 Steelers: 6-4)

Current position: 7th in AFC, trail NYJ by one game


The only result that matters:

Jets lose, Steelers win. The Steelers deserve the situation they’re in, but can still sneak into the postseason with some Rex Ryan magic today. Should the Steelers qualify, they could be paired with either the Bengals or Broncos in the opening round. 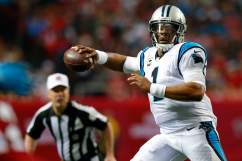