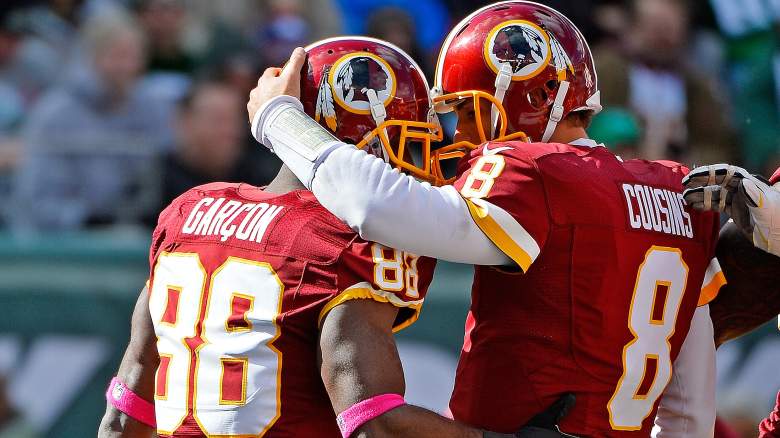 The Washington Redskins may look to give some of their starters a late-game rest during Week 17. (Getty)

The Washington Redskins are already in.

The same team that was a disorganized mess, the laughing stock of the entire NFL has already wrapped up its NFC East title, its No. 4 playoff seed and will host a team in the first round of the postseason next week.

So, the biggest question facing the team heading into Sunday’s Week 17 tilt against the Dallas Cowboys isn’t so much regarding who will be on the field, but rather who will be off it. How many of the Redskins starters will actually play in this game?

Throughout the course of the week, head coach Jay Gruden has maintained that any healthy Washington starters will start in Dallas, but, if we’re being honest, there aren’t too many totally healthy starters on this roster.

On Friday, the team released its final injury report, announcing that cornerback Quinton Dunbar (quad) and safety Dashon Goldson (shoulder) were out and running back Matt Jones (hip) and linebacker Perry Riley Jr. (foot) were doubtful. Then came the questionables and there are a lot of them:

The Redskins can only dress 46 players so a handful of starters are going to have to play and that includes Kirk Cousin, at least for a little while. After all, he’s 120 yards away from setting a franchise record for passing yards in a season. Tight end Jordan Reed is also just one catch away from setting the most reception mark by a tight end in a season.

Washington also has a chance to record its fourth straight victory with a win over Dallas on Sunday afternoon and wrapping up the regular season with a win is certainly a much better option than ending on a losing note.

But while Gruden has essentially guaranteed his usual starters will start, there’s still the possibility that they won’t finish. In fact, the rumor mill has already been churning regarding the possible on-field sighting of backup quarterback Colt McCoy.

“He’s dying to play,” Gruden said told The Richmond Dispacth of McCoy. “I think if he gets an opportunity, he’ll be ready to go. He played well last year at Dallas.”

McCoy hasn’t thrown a single pass this season, but the odds are fairly good that he might actually be the one to end the Redskins regular season run.

Kickoff for the NFC East faceoff is slated for 1 p.m. ET.