Coldplay is the headlining band at the Super Bowl 50 Halftime Show. Confirmed guest performers are Beyonce and Bruno Mars. Beyonce recently collaborated with Coldplay for their most recent album “A Head Full Of Dreams” on a song called “Hymn For the Weekend.” Check out the music video for the song above.

In addition to Beyonce, her daughter Blue Ivy helped to provide some background vocals on the album as well. There are reports that Blue Ivy may appear on stage at some point during Beyonce’s Super Bowl performance as there is talks of a “dance battle” in the works. We’ll have to see what happens. 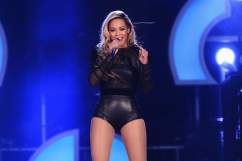 Beyonce Age and Height: How Old & Tall Is She?