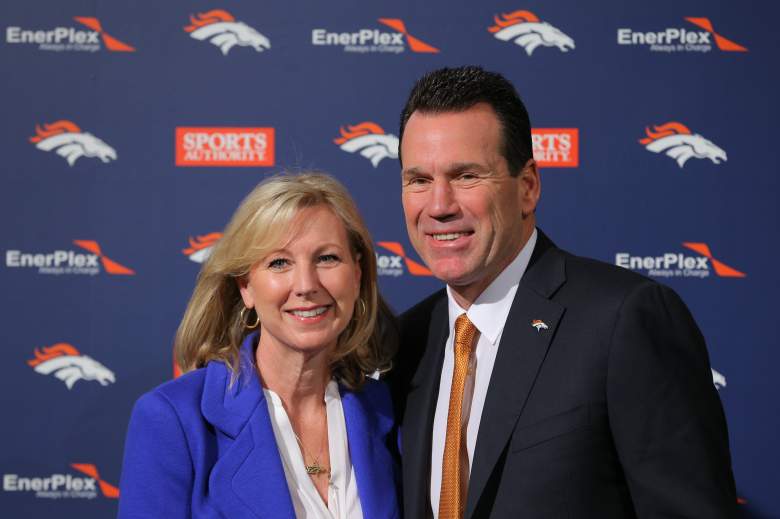 Gary and Rhonda Kubiak came back to Denver in 2015. (Getty)

Gary and Rhonda Kubiak have been together throughout Gary’s various roles in the NFL. He has spent time as an NFL quarterback and coach. The Kubiaks are high school sweethearts and have been through a lot together.

Gary is well known for bringing the Broncos back to the Super Bowl in his first season as head coach with the team. Heavy takes a look at the man behind Denver’s resurgence and his family off the football field.

Here is what you need to know about the Kubiak family:

1. Gary Suffered a Mini-Stroke During a Game

When he was head coach of the Houston Texans, Gary collapsed on the field during a game in 2013. It was later revealed that he had a mini-stroke.

Kubiak explained to Yahoo Sports that it has changed his approach to coaching:

I kind of ran myself into the ground a little bit. I’ve tried to do things different. I still – I mean, I love the work, so I’m going to be up early in the morning working the hours, but I’ve also tried to go about it a little bit of a different way – not try to take on everything myself and understand I’ve got good people with me.”

2. Rhonda & Gary Broke up in College for One Week 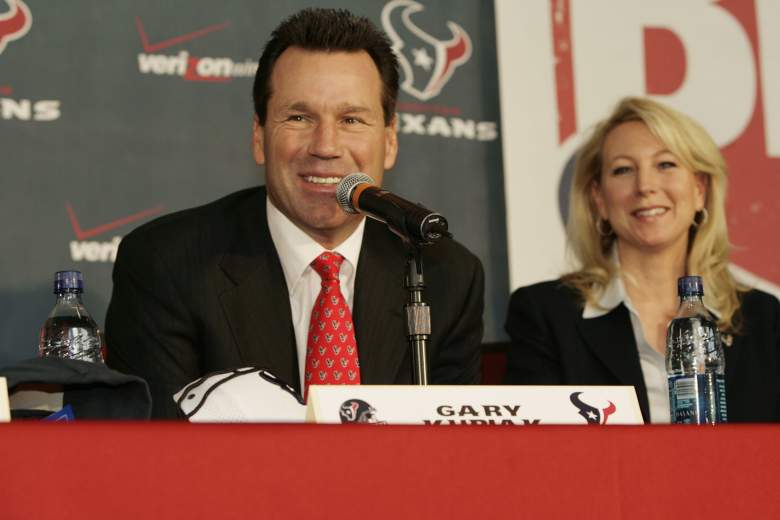 Gary and Rhonda have spent time in places like Baltimore, Houston and Denver. (Getty)

According to the Houston Chronicle, the two met met while sitting next to each other during their freshman year of high school. The seats were assigned alphabetically and Rhonda’s maiden name was Kaminski which put the two right next to each other. Gary asked her to the homecoming dance and shortly after they began dating.

They were the stereotypical high school couple. Gary was the quarterback of the football team and Rhonda was a cheerleader. The two have been together ever since with the exception of one week. Rhonda broke up with him at Texas A&M “for spending too much time at the Dixie Chicken” she explained to the Houston Chronicle. Dixie Chicken was a local place for college students to hang out, and Gary got the message as the break up only lasted a week.

3. Gary Was the Offensive Coordinator During the Broncos Super Bowl Runs in 1998 & 1999

Gary has a long history with the Broncos as both a player and coach. He was part of the Broncos successful back-to-back championship runs in 1998 and 1999. Kubiak designed an offense that helped utilize players such as quarterback John Elway and running back Terrell Davis.

He was the offensive coordinator from 1995 to 2005 and also spent the first eight seasons with the Broncos serving as the quarterbacks coach. Denver brought him back as the head coach in 2015, and he helped guide the Broncos to Super Bowl 50 in his first season back with the team.

4. All Three of Their Sons Have Been Involved With Football

Klint, Klay and Klein are all in their 20’s. All three have been involved with football in some capacity. Klint and Klay both played at Colorado State while Klein played at Rice. Gary received a Father of the Year award from a Houston non-profit in 2009.

Klint followed in his father’s footsteps and is the wide receivers coach at Kansas. Klein works with his father for the Broncos and is an area scout with the team.

5. He Was the Backup Quarterback for John Elway 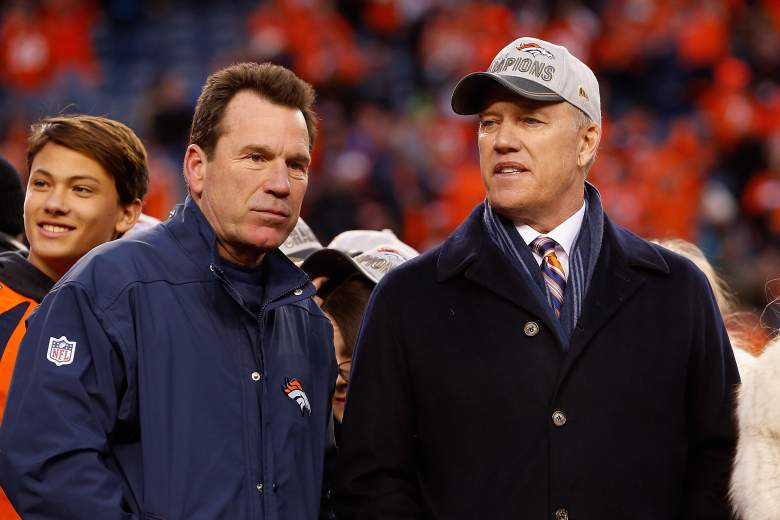 Gary Kubiak and John Elway have a long history of working together. (Getty)

Gary has worked with John Elway in a variety of different ways. He was the backup quarterback during his time in Denver but only started five games during his career. The two reunited for Elway’s final four seasons as a player after Kubiak entered the coaching profession. This time, Kubiak took over as both the offensive coordinator and quarterbacks coaches.

The two enjoyed great success as they won back-to-back Super Bowls. Decades later Elway thought of Kubiak to help get the Broncos back to being a championship caliber team. Elway hired him in 2015 to be the head coach of the Broncos. Gary has spent time in Denver as a player, assistant coach and head coach during the various stages of his career.