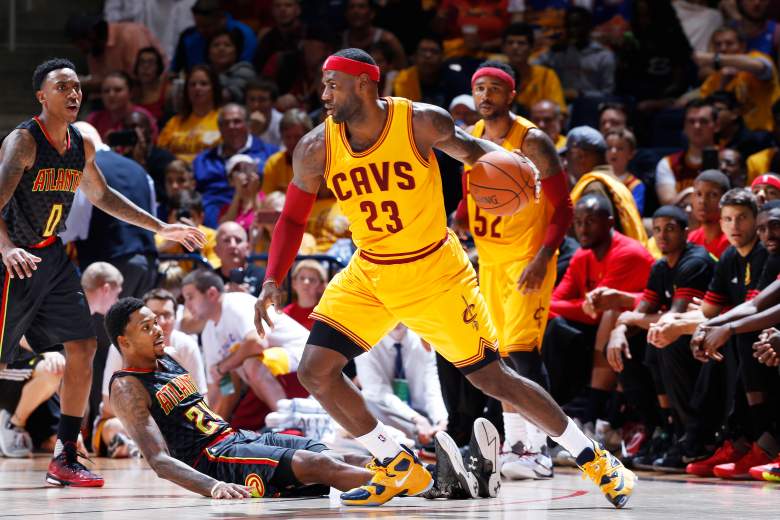 LeBron James and the Celveland Cavaliers have been dominant at home and look to keep that trend alive on Wednesday. (Getty)

Another night, another final appearance for Kobe Bryant.

The Los Angeles Lakers great will make his last career appearance at Quicken Loans Arena in Wednesday night’s tilt against the Cavaliers, looking to get the squad back on track against the reigning Eastern Conference champions.

It’ll be an interesting matchup for Bryant, going up against his former teammate Tyron Lue. The recently-named Cavaliers head coach and Bryant helped lead the Lakers to championships on the first two legs of Los Angles’ three-peat in the late 1990s and early 2000s. Now, they meet on the opposite side of the court.

If you’re looking for a bit of sports-related emotion. This game has it. Here’s all the details on the tilt, including how to live-stream the game:

Game Preview: It’s still a brand-new era in Cleveland and the Cavaliers are taking everything in stride under new head coach Tyron Lue.

Lue, 38, has led his team to a 7-3 record since assuming head coaching duties on January 22 and the Cavs have been nothing short of dominant at home, posting blowout victories over New Orleans and Sacramento most recently.

The stats came fast and furious for all of Cleveland’s biggest names in Monday’s 120-100 victory over the Kings. Kyrie Irving matched his season-best with 32 points and tied a career-high with 12 assists. Meanwhile, LeBron James recorded his 40th triple-double, finishing with 21 points, 10 rebounds and 10 assists despite not playing in the fourth quarter.

The Cavaliers also have some recent success over Los Angeles to build off. Kobe Bryant didn’t play in the most recent game, a 120-105 Cleveland victory on February 8 last season. Over the last 10 meetings in Cleveland, the home team has won eight.

Still, Los Angeles is anxious to get back on track. The Lakers have lost three of their last five games despite 26.4 points from Bryant and are in the midst of a 3-16 slump.The squad has also lost seven of eight on the road, while the Cavs boast a 21-4 record on their home court.