Two of the premier soccer clubs in North America face off tonight, as America of Liga MX head to the Pacific Northwest to take on Seattle. The Sounders haven’t seen much action since their MLS season ended in October, while America is several weeks into the 2016 Clausura schedule.

The Sounders will be missing one of their best attacking pieces, as Obafemi Martins is no longer with the team. Martins has reportedly been sold to Shanghai Shenhua of the Chinese League, and Martins has left the team. It’s a tough blow, but could prove a huge opportunity for USMNT prospect Jordan Morris.

Today’s match will be available on Fox Sports One in the US at 10:00 p.m. Eastern. 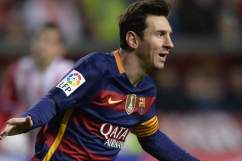