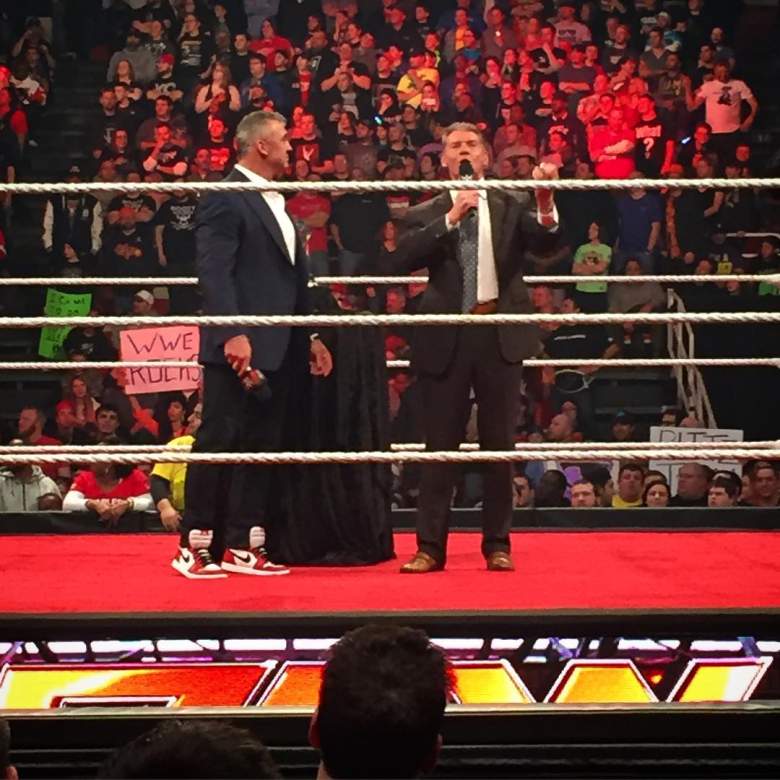 Shane McMahon is back and ready to run RAW, but there’s a catch. (Instagram)

What is happening?? Because it’s, quite frankly, pretty awesome.

Well, this is happening:

Turns out Shane McMahon has actually been part of the WWE this whole time and, as he told Stephanie, the only reason he was able to rise as high as she has within the company is because he allowed it. So, Shane wanted to come back. But he can only come back if he allowed his father to pick his match.

His match? WrestleMania 32. Against the Undertaker. In Hell in a Cell. WHAT?

.@VinceMcMahon: Your match is at @WrestleMania … and it will be against The #Undertaker … in #HELLinACELL! #RAW pic.twitter.com/PIW3gs3QQd

Monday just got a lot better.