In a rare occurrence, Gary came into National Signing Day as the unanimous number one ranked recruit from news outlets like ESPN, Rivals and 247 Sports. Gary is a defensive tackle from Paramus, New Jersey that possesses a unique mix of size and quickness.

He tied a record for three sacks in the Under Armour All-America game featuring the top high school seniors from around the country. Gary’s decision was met with a lot of intrigue as ESPN sent a camera crew to follow him for the day.

Here are some highlights of college football’s top recruit:

Rashan Gary is going to MICHIGAN! The No. 1 overall recruit, the first No. 1 player to ever go to Michigan.

Rashan Gary is the first No. 1 prospect to sign with a school outside the SEC since Terrelle Pryor in 2008. 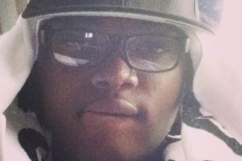