The Road to WrestleMania 32 continues.

And it’s going to run right through the next WWE Network special/PPV, WWE Fastlane 2016. The main event features three of the biggest Superstars who’re currently vying for the WWE World Heavyweight Championship – Brock Lesnar, Roman Reigns and Dean Ambrose. The victor will head on to ‘Mania 32 to (hopefully) dethrone Triple H of the title. On top of that major matchup, Alberto Del Rio will challenge Kalisto for his United States Championship once again and Brie Bella will take on Charlotte for her Divas Championship. A ton of WWE’s best Superstars will compete in the final PPV before ‘Mania 32.

Here’s our predictions for each scheduled matchup for Fastlane 2016.

Predictions & Winners: Team B.A.D. is now down to just two members since they kicked the third, most important member out. Sasha Banks made it clear that she’s ready to claim the Divas Championship, but it’s pretty evident that she has to take care of her former allies first. Naomi and Tamina have gotten the better of both Banks and her NXT buddy Becky Lynch for a few weeks now. Banks and Lynch have also gotten the upper hand on their newest enemies as well. At Fastlane 2016, all four ladies will engage in an intense tag team encounter. While Naomi and Tamina have been looking better than usual lately, we envision Becky and Banks as the ones who’ll come out on top. At WrestleMania 32, we totally see these two women getting into a triple threat match for the Divas Championship against Charlotte.

Prediction & Winner: Whoa! Owens is once again everyone’s favorite trash talking Intercontinental Champion. We’re more than shocked by this recent development, to say the least. It looks like all those weekly losses pissed off Owens to the point where he switched up his game plan. That change-up led to him becoming the victor of a Fatal 5-Way match that occurred on RAW. Owens will have to head into his PPV title defense against Dolph Ziggler, a man who’s been having great matches with Owens as of late. We’re quite sure these guys will put on another excellent back-and-forth barnburner. Owens is back on the winning side of things, so we trust our gut instinct when we say Owens is walking out with the win here.

Predictions & Winner: So there’s a rumor going around that Brie Bella will soon be stepping away from the active WWE roster. If the rumors are true, then we have to show her some respect and salute her for retiring while she’s still in great health. We may not be huge fans of the Bella Twins, but we can’t entirely hate on Brie for leaving wrestling on her own terms. If this is her final match, then it’s pretty clear that Charlotte is holding onto her Divas Championship. Charlotte will win in a dominant fashion and go on to ‘Mania 32 to compete in the expected match we mentioned beforehand.

Head on to the next page to see more of our match predictions and vote in our poll for Fastlane 2016’s main event winner. 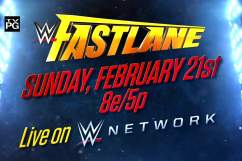