The main event for this upcoming show has some pretty big implications on the main event of WrestleMania 32. Former WWE World Heavyweight Champion Roman Reigns will not only take on his “brother” Dean Ambrose, they’ll both have to contend with “The Beast” Brock Lesnar. The winner of that match will go on to face Triple H for the title at ‘Mania 32. Kalisto will once again defend his US Championship against Alberto Del Rio, Divas Champion Charlotte will face off with Brie Bella, plus a number of other big matches will take place.

In order to guarantee that you don’t miss a bit of WWE Fastlane 2016, we’re going to provide you with every detail on this PPV’s date, location and Kickoff/main show start times.

WWE Fastlane 2016 will take place on the WWE Network and PPV on February 21, 2016. The official theme song is “Watch This” by Will Roush.

WWE Fastlane 2016 will emanate from the Quicken Loans Arena in Cleveland, Ohio.

The Kickoff Show for WWE Fastlane 2016 will officially begin at 7 P.M. EST/4 P.M. PST. Alberto Del Rio vs. Kalisto for the US Championship can be seen through this pre-show broadcast. You can watch it on the WWE Network, WWE.com, the official WWE App, YouTube and several other devices/websites.

The main airing of WWE Fastlane 2016 will begin at 8 P.M. EST/5 P.M. PST. This is a WWE Network special event airing that will also air on PPV. You’ll be able to view it through the same means we listed above for the Kickoff show.

You’ll be able to watch Fastlane 2016 on PPV through the following cable providers: 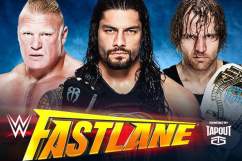 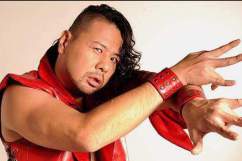