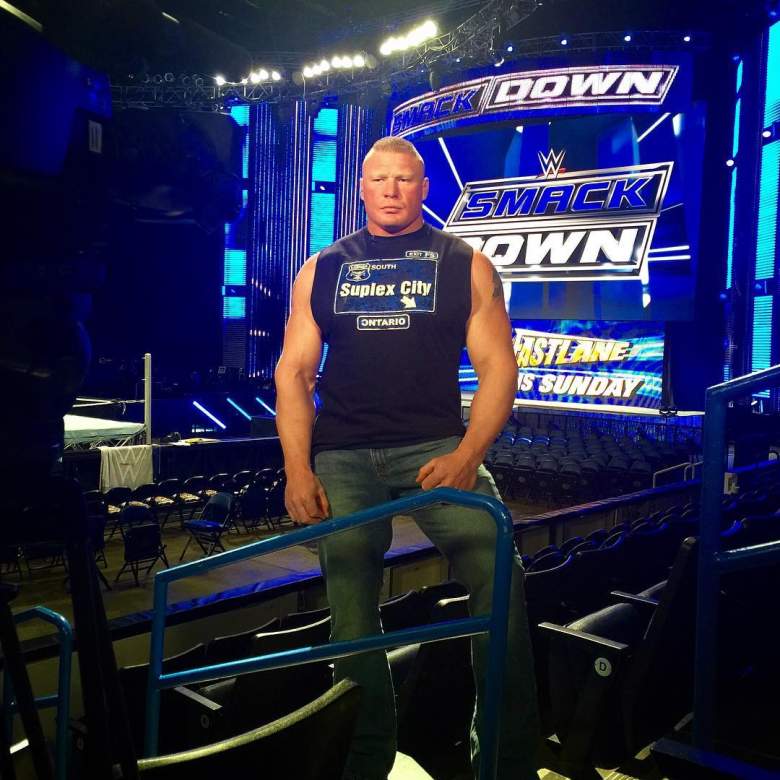 Brock Lesnar is coming to SmackDown this week and things are about to get dramatic.

As the WWE wraps up some loose ends heading into Fastlane, there are plenty of intriguing storylines heading into Thursday night’s event, we’ve got all the spoilers from the taping in Ontario, California.

Dean Ambrose and Roman Reigns are still on friendly terms, even joining forces for a tag-team match, and it will be interesting to see how the friends wrap things up heading into their three-man match on Sunday.

Read on for all the results from Tuesday night’s taping of SmackDown. Here we go:

Read More
WWE, WWE Smackdown
Brock Lesnar is making a normally unheard of appearance on SmackDown this week and we've got all the spoilers on what happened.