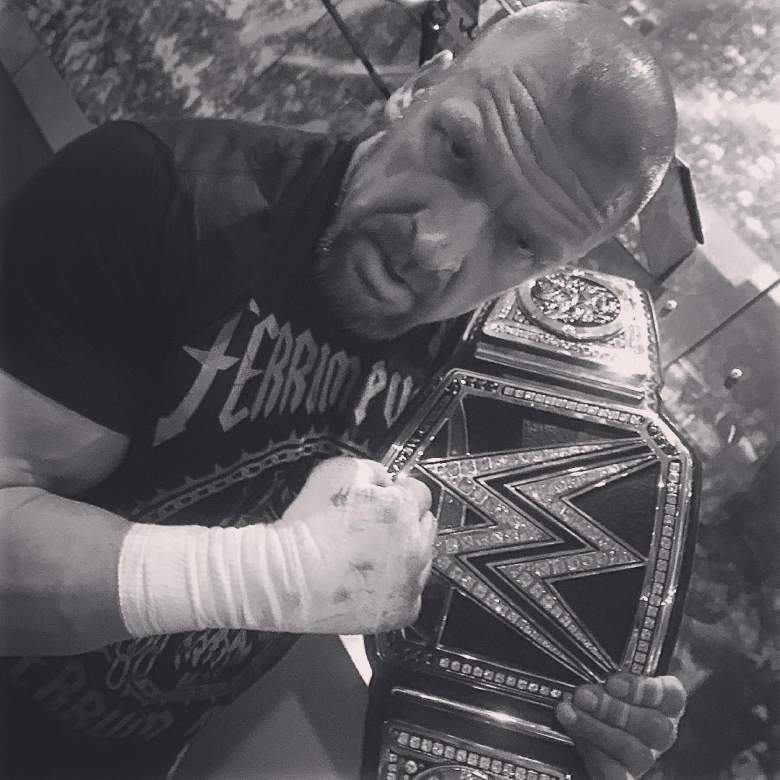 Triple H is back in the ring in this week’s SmackDown after he beat up on Roman Reigns during RAW. (Instagram)

Well, it has been a week, hasn’t it WWE fans.

Don’t worry, it’s not over yet. We’ve got all the info from this week’s SmackDown taping in Indianapolis, Indiana, complete with results and spoilers on what’s to come.

Of course, Roman Reigns is going to have to deal with the fallout of his RAW battle with Triple H. While the feud between Dean Ambrose and Brock Lesnar is hitting its stride as well. The road to WrestleMania is in front of us and things are only going to get better from here.

Read on for all the results from this week’s SmackDown, including a confirmation that The Undertaker will appear on next week’s RAW. Here we go:

WWE SmackDown airs at 8 p.m. ET on Thursday on the USA Network.

John Cena & Nikki Bella: The Pictures You Need to See

Read More
WWE, WWE Smackdown
WWE RAW got more than a bit crazy this week and odds are pretty good SmackDown is going to be just as dramatic. We've got all the spoilers here.