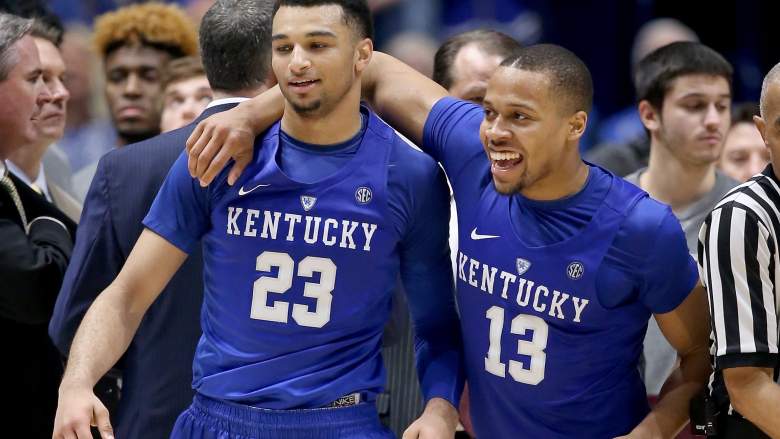 Kentucky has been to the Final Four the last two years. Can the Wildcats make it three in a row? (Getty)

Kentucky may have been given a four seed, but make no mistake about it: John Calipari’s squad is, again, one of the best in the nation.

The Wildcats, who feature a deadly backcourt duo of Tyler Ulis and Jamal Murray, and an ever-improving frontcourt, have won five in a row, including three straight in Nashville to win the SEC tournament. Calipari’s squad has done this before: start a season slow, find a groove at the end of the season, make a deep run in March. Even with the constant roster overturn, the ‘Cats have been to four of the last five Final Fours.

Looking to make it five of six, Kentucky will begin its NCAA tournament against an intriguing Stony Brook squad, which is new to the Big Dance but features senior Jameel Warney, one of the most dominant interior players in America. It’s a fascinating early test for one of the most talented teams in the Field of 64.

Watch Kentucky vs. Stony Brook on Mobile or Other Device

Unfortunately, unlike on desktop, watching CBS games via the March Madness Live app requires logging in to a cable or satellite TV provider. If you are able to do that, you can watch or your phone or tablet in the following places: