Leicester look to go five points clear at the top today when they host West Brom. Claudio Ranieri’s men are on the heels of another dramatic victory, but both Leicester and West Brom lost key players to injury in victories over the weekend.

Leonardo Ulloa scored for the Foxes in the 89th minute to give them all three points over Norwich, but N’Golo Kante suffered a hamstring injury and will miss at least the next two games. An early barrage was enough for West Brom to knock off Crystal Palace 3-2, but the Baggies lost Chris Brunt to a potentially serious knee injury.

Kickoff is scheduled for 2:45 p.m. ET, and it will be broadcast on NBC Sports Live Extra. If you can’t get to a TV, here’s a complete roundup of the available live stream options: 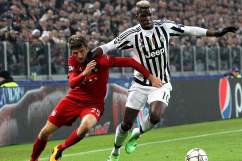