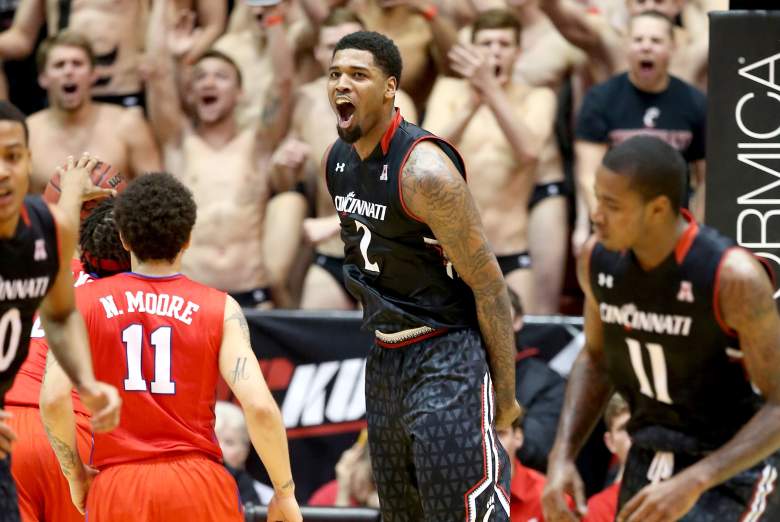 One of the final first round matchups, Friday night’s tilt between Cincinnati and St. Joseph’s might also be one of the most interesting.

So, who’s the favorite? What will it take to advance to a matchup against top-seeded Oregon in the Round of 32? We’ve got all the answers right here. Read on for a breakdown of the matchup, including a look at the odds for the game and all of your live stream options to catch the action.

Game Preview: This one is split right down the middle.

Seriously. Even the NCAA thinks so. The Tournament’s official breakdown of this game has St. Joseph’s as a slight favorite, but the chances of the Hawks winning sits at just 51 percent.

Of course, St. Joseph’s has a bit of momentum on its side.

The Hawks, who finished the regular season 27-7, come into the Tournament on an automatic bid after clinching the Atlantic 10 conference championship in a tournament that was a lot more competitive than anyone might have actually predicted. The key to St. Joseph’s success? Senior forward Isaiah Miles.

The standout is averaging a team-best 18.2 points per game and is shooting a pretty impressive 52.2 percent from the floor. Oh, and for good measure, he’s also averaging eight rebounds as well.

Still, Cincinnati is no slouch squad. The Bearcats are making their sixth straight NCAA Tournament appearance, led by Troy Caupain’s team-best 13.2 points. The problem for this team, however, is inconsistency and that’s even true of Caupain. The guard is averaging in double digits, but he’s also shooting just 37.5 percent from the field.

That won’t cut it on Friday night.