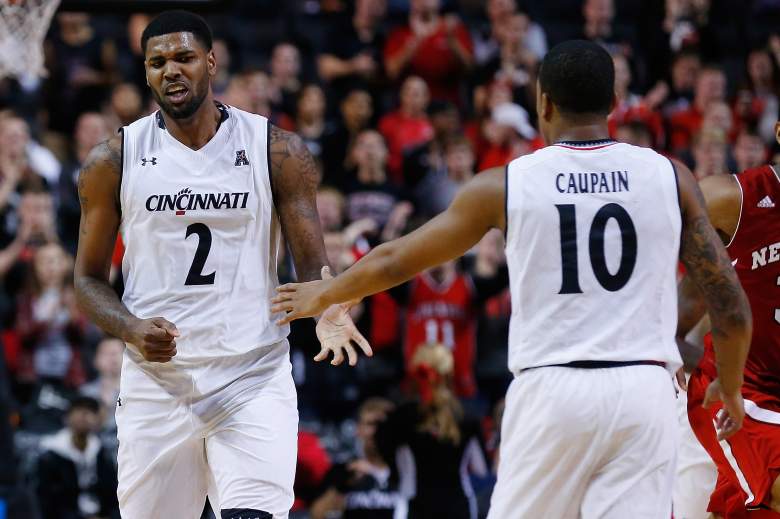 Cincinnati’s defense may be the difference-maker when it comes to the Round of 64. (Getty)

St. Joseph’s has already made quite a run.

The Hawks wrapped up a solid year in the Atlantic 10 with a conference tournament title and a 27-7 record. Leading that charge is senior forward Isaiah Miles who is stuffing his stat sheet with a team-high 18.2 points on 52.2 percent from the field.

But don’t overlook Cincinnati quite yet.

This is, after all, an 8 vs. 9 matchup. And the Bearcats are a pretty talented team in their own right. After all, they were a halfcourt buzzer-beater shot away from advancing in the American Athletic Conference tournament just a few days ago.

Read on for a complete odds breakdown of Friday nigh’ts matchup, via OddsShark:

St. Joseph’s scores points. A lot of points. Like take the OVER almost every time points. The Hawks and their opponents have gone OVER in 11 of their last 13 games with the squad averaging a vaguely ridiculous 81.9 points per game in that same stretch.

Of course, that isn’t always an easy trend to maintain in the NCAA Tournament and Cincinnati is going to make that particularly difficult.

The Bearcats have held opponents to 62.9 points per game and just 40.6 percent from two point range this season. They’re also pretty consistent against A-10 opponents, going 34-8 in their last 42 games against the conference.