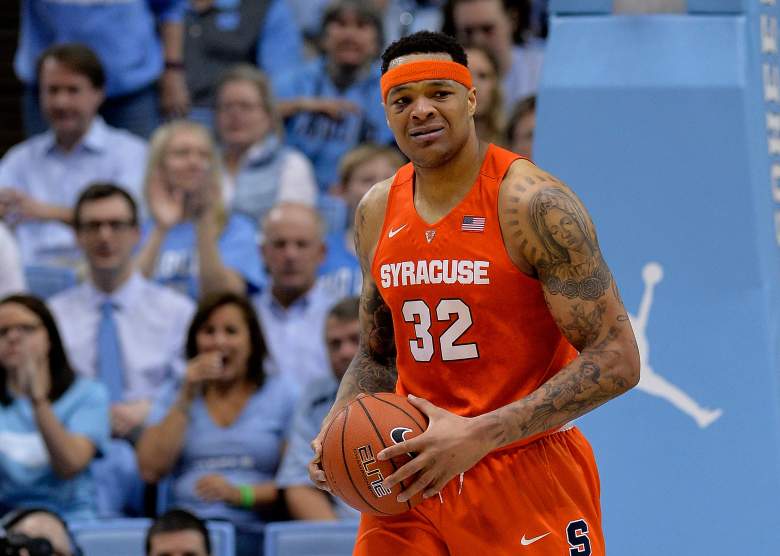 Syracuse surprised many people by making the tournament. (Getty)

10 Syracuse takes on 7 Dayton in the Midwest region matchup of the opening round of the NCAA tournament. Syracuse was thought to be on the bubble and surprised many by making the tournament.

According to OddsShark, Dayton is favored by one point heading into the contest. The data projects it to be a virtually even matchup. The over-under is set at 128.5 points.

The OddsShark computer is projecting a Dayton 73-64 victory over Syracuse. FiveThirtyEight’s computer projection gives Dayton a slight advantage with a 52% chance of victory.

Heavy also sides with the computers. Syracuse’s poor end to the season will spill over into the tournament as Dayton will end up victorious.