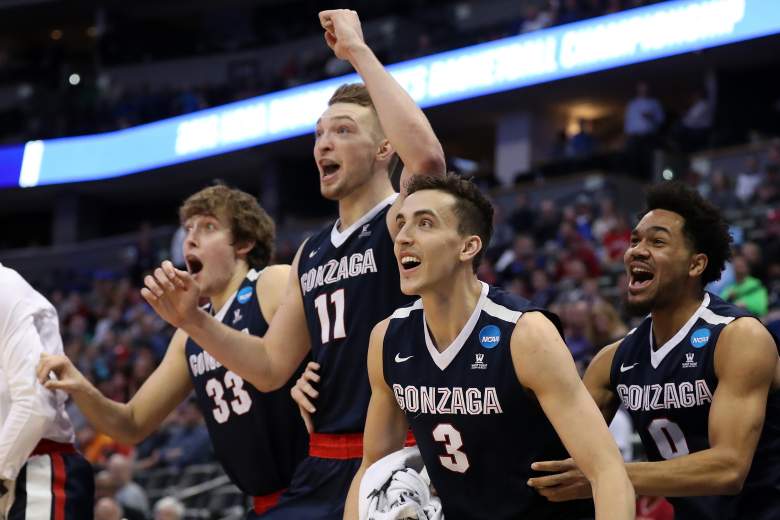 Gonzaga hasn’t been playing like a No. 11 seed during the NCAA Tournament and the Bulldogs don’t have any plans to start now. (Getty)

Syracuse wasn’t really supposed to be here. Gonzaga was fighting for its NCAA Tournament life just a few weeks ago.

So, naturally, the two teams will face off in the Sweet 16, each squad desperate to keep its improbable postseason run alive.

Despite the pre-Tournament speculation, both Syracuse and Gonzaga have notched impressive victories in the first weekend and now, with a berth to the Elite Eight on the line, odds are pretty good that neither side is going to go down without one heck of a basketball fight.

Read on for a complete breakdown of Friday night’s game, including a look at the actual odds and livestreaming options:

Game Preview: A 10 vs. 11 matchup in the Sweet 16 that we actually want to watch? Yup. Welcome to March Madness.

If it’s any consolation for the strangeness of that sentence, neither Gonzaga nor Syracuse have been playing like their respective seed indicates they should be.

The Bulldogs are fresh off victories over No. 6 Seton Hall and No. 3 Utah, the second of which was an absolute beatdown on both sides of the ball. Big man Domantas Sabonis has notched double-doubles in each of his NCAA Tournament games this season, while Kyle Wiltjer comes into Friday averaging a team-best 20.4 points per game.

On the flip side, the Orange have surprised their fair share of skeptics, although Syracuse hasn’t defeated the same caliber of team that Gonzaga can boast.

After taking down No. 7 Dayton and No. 15 Middle Tennessee in the first weekend, Michael Gbinije has become the name to watch for his squad. The guard led the team with 23 points and missed just four field goals on Sunday, breezing by his usual average of 17.8 points per game.

Although these two teams weren’t technically “supposed” to be here, they’re both experienced at this level. Gonzaga has been to the Sweet 16 seven times in program history, while Syracuse has reached this point on 22 different occasions.