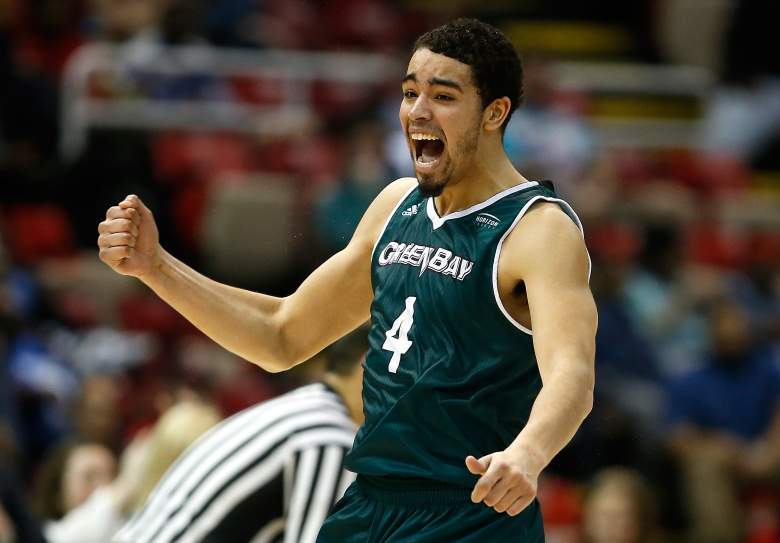 Green Bay is looking for another upset with a win over Texas A&M in the first round of the NCAA Tournament. (Getty)

It might be time to start talking about Texas A&M as a basketball school.

The Aggies are making a statement this season and despite narrowly falling to Kentucky in the SEC championship, Texas A&M is still the odds on favorite to notch a first round victory over Green Bay in the NCAA Tournament.

Read on for all the details on Friday evening’s matchup, including a way to watch the game even if you’re not sitting in front of the TV.

Game Preview: How long did Green Bay have the lead in the Horizon League Championship? A whopping 17 seconds. That’s it.

That’s all it took to win a title and a berth to the NCAA Tournament. It will probably take a bit longer to stage an upset over Texas A&M on Friday night. After all, Green Bay is just 1-4 all-time in the Tournament and hasn’t appeared in the national field since 1996.

It also doesn’t help that Texas A&M is, on the average, outscoring its opponents by just over 10 points every game. Oh, and the Aggies also boast a 1.4 assist-to-turnover ratio. That’s pretty good.

So, can an upset happen? Sure, that’s why they play the game. The Phoenix are also a high-scoring team in their own right, averaging 84.2 points and shooting 44.8 percent from the floor. Keep an eye out on Carrington Love. The Green Bay offense goes through him and lead the team in points (17.7), assists (3.5) and steals (2.6) per game.

Jordan Fouse could also be a difference-maker for Green Bay. He’s one of three players averaging in double digits, but, more importantly, is also hauling in a team-best 8.4 rebounds per game. He could help extend Phoenix possessions and even cut down on Texas A&M’s chances.