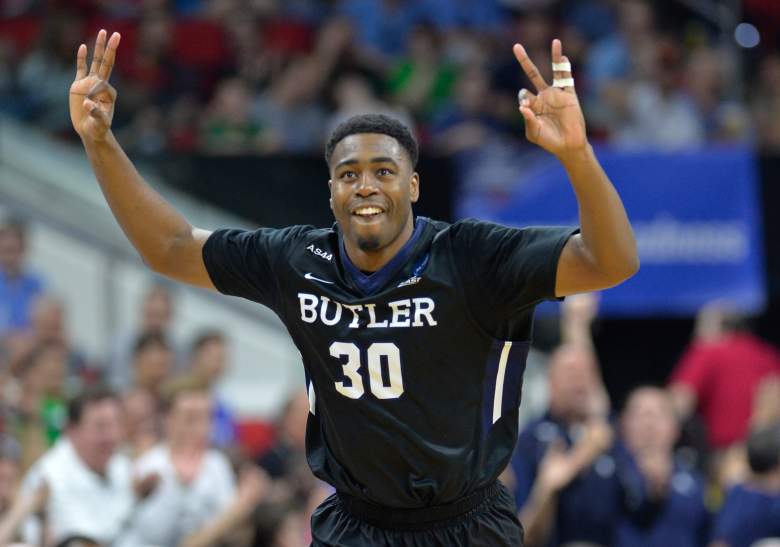 Butler tries to take down a metaphorical Goliath in Saturday’s tilt against Virginia. (Getty)

Virginia rolled to a first round victory on Thursday. Butler, well, Butler might have surprised a few more people with a victory over Texas Tech.

Now, the two squads face off in the second round of play, looking to get out of the opening weekend of the NCAA Tournament. Oh, and for a little bit of added postseason hoops drama, it’s the first time these two teams have ever played each other.

Who doesn’t love that kind of added postseason drama? Of course you do.

Read on for a complete breakdown of the Round of 32 matchup, including a look at the game’s odds and a breakdown of all your live streaming options:

Game Preview: There’s a first time for everything and this is the first time UVA and Butler have ever faced off in a men’s basketball team.

Of course, UVA comes in with plenty of confidence.

After falling in the NCAA Tournament, the Cavaliers cruised to an 81-45 victory over 16-seed Hampton on Thursday, led by Anthony Gill’s 19 points. The thing that should concern Butler, however, isn’t just Gill, it’s everyone else around him.

Virginia saw four players finish in double digits, shooting 55.2 percent from the floor while ten players saw at least 12 minutes of game time. Oh and there’s also another little tidbit. The 45 points the Cavs gave up on Thursday were the fewest ever by a UVA team in the NCAA Tournament.