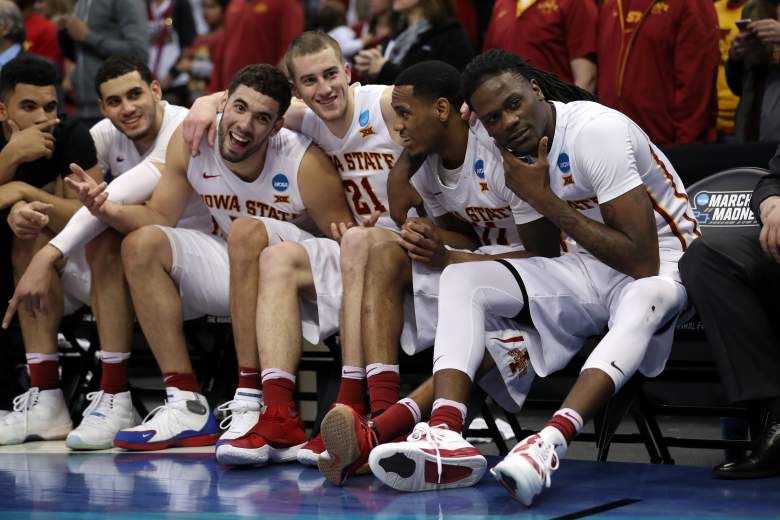 Iowa State boasts a roster full of offensive weapons and the Cyclones will need every one of them on Friday night. (Getty)

Virginia has been playing near-perfect basketball throughout the NCAA Tournament. Iowa State is looking to change that.

The top-seeded Cavaliers have been dominant on both sides of the ball in their first two Tournament games, most recently taking down Butler in the Round of 32 last weekend.

The Cyclones, on the other hand, have surprised a few people with their strong Tournament play as the offense has started to find its footing in back-to-back matchups.

Now, the two squads face off with a berth to the Elite Eight on the line. This one is going to be good, trust us. Read on for a complete breakdown of the game, including a look at odds and livestreaming options:

Game Preview: This is the game where Iowa State’s offense has to be perfect. Or better. Probably better.

Because this is the game where Iowa State faces off against a team that is an almost ridiculous 26-5 when allowing fewer than 70 points.

Luckily for Iowa State, the Cyclones offense has been on point throughout the NCAA Tournament. Let’s break down some stats, shall we?

Iowa State shot 56.6 percent from the field and hit 11 of 21 3-point attempts in last weekend’s Round of 32 victory over USC. Georges Niang is leading the offensive charge, racking up 28 points, on 11-of-18 from the field and 3-of-5 from distance on Saturday. He also chipped ins ix rebounds and three assists for good measure.

Virginia, of course, will be keying on Niang on defense, but that doesn’t mean the forward is the only offensive weapon on the Cyclone’s roster.

Keep an eye out for guard Matt Thomas who scored 16 points and shot 50 percent from 3-point range last weekend. He might be a bold name on the scouting report, but he’s got the shooting talent to change the course of this game if Niang is held to single digits out of the post.

Don’t count out pure, raw determination either. The Cyclones haven’t reached the Elite Eight since 2000 and this team, after a sometimes less than impressive regular season, is riding a recent swing of momentum that could help spark a victory.