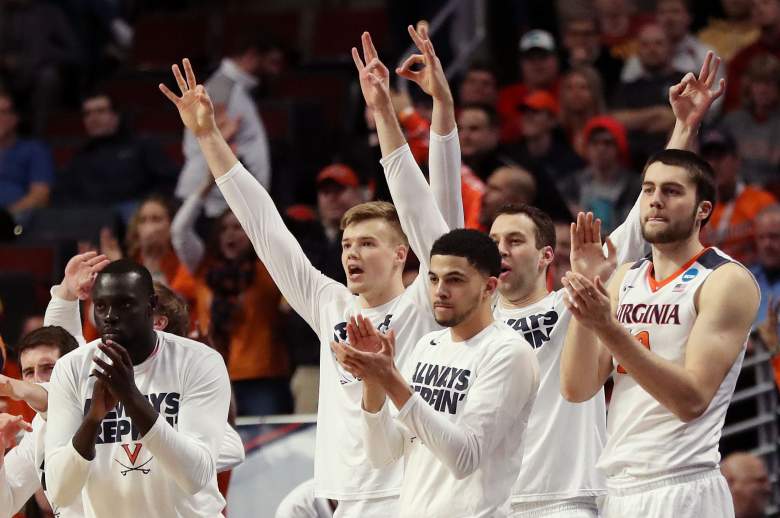 Virginia is a major challenge for any team – including a red hot Syracuse squad. (Getty)

It’s an All-ACC Sunday in the NCAA Tournament and, first up, it’s a face off between top-seeded Virginia and refuse-to-die Syracuse.

It’s also a battle between teams that are at opposite ends of the win spectrum. In other words, UVA has won each of its three tournament games by at least eight points, while the Orange staged a dramatic comeback victory over Gonzaga in the Sweet 16 on Friday night.

On paper, this one might seem a little lopsided, but, at this point, it’s difficult to put anything by Syracuse. We’re ready for ACC overloard.

Read on for a complete breakdown of the Elite Eight tilt, including a look at odds and live streaming options.

The Cavaliers are shooting 55.7 percent in three NCAA Tournament games and the shutdown defense has been, just that, completely shut down. Meanwhile, UVA has showcased is depth this March as Malcolm Brogdon has been consistent and Anthony Gill has been surprising. Gill is averaging 21.7 points and 7.7 rebounds in the Tournament, fresh off a team-best 23 points against Iowa State in Sweet 16.

On the flip side, Syracuse has been just as strong.

The Orange’s vaunted zone has given up just 53.7 points per game in the NCAA Tournament. That, however, should be taken with a grain of salt as Syracuse has faced off against the following seeds: 7, 15 and 11.

Also aiding the Cavs cause? The one regular season matchup between the teams ended with a 73-65 victory for UVA behind 21 points from Brogdon.