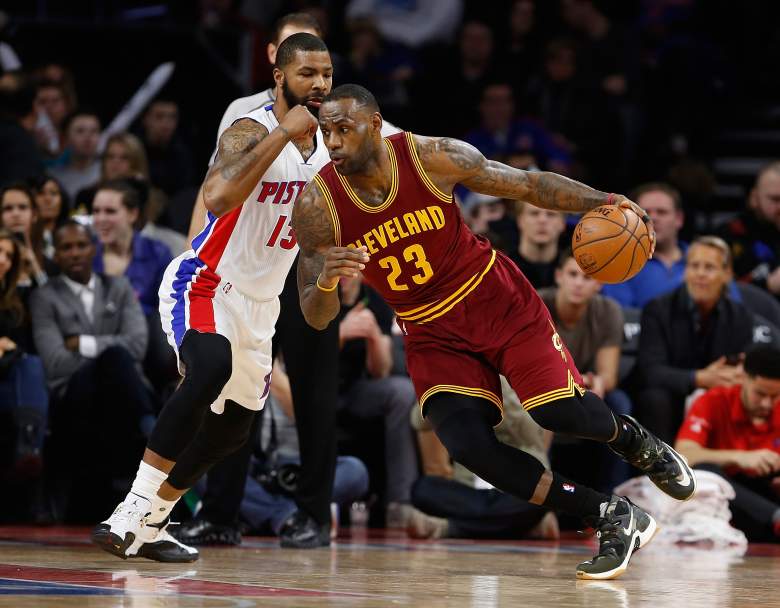 The Cleveland Cavaliers and Detroit Pistons kick off their playoff series on Sunday, April 17. Here’s a look at the playoff schedule for the first round series.

The Cleveland Cavaliers host the Detroit Pistons to kick off the first round series. The Cavs are the top seed in the East and will have home court advantage throughout the Eastern Conference playoffs while the Pistons are the eight seed. The Cavs will look to return to the Finals after their disappointing loss last season against the Warriors.

Detroit won three of four games against Cleveland proving they can hang with the best team in the East. A seven-game playoff series is much different than a regular season win. The good news for Pistons fans is Detroit enters the series with confidence they can beat Cleveland.

Read More
Basketball, NBA, NBA Playoffs
The Cleveland Cavaliers take on the Detroit Pistons in the first round of the NBA Playoffs. Find out a full rundown of the series schedule.