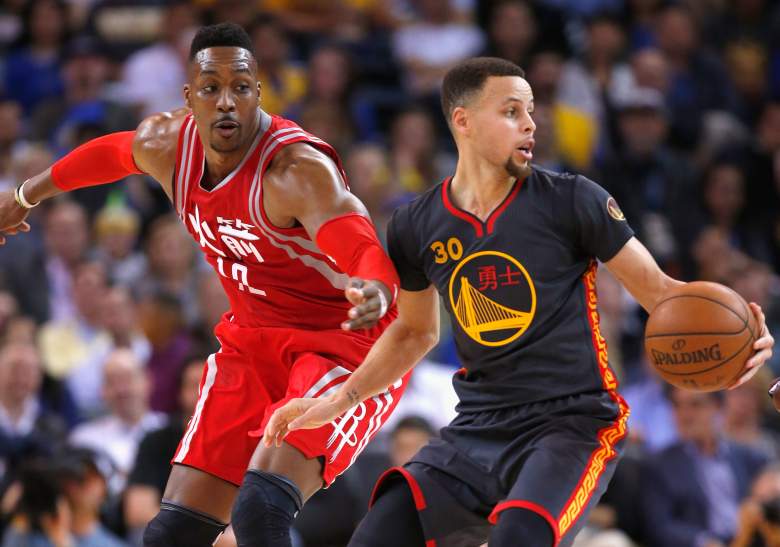 The Golden State Warriors have little time to enjoy their record breaking season. The Warriors begin their series against the Rockets on Saturday, April 16.

Here’s a look at the series schedule.

The record-setting Golden State Warriors take on the Houston Rockets in the first round of the NBA playoffs. The Rockets held off the Jazz to clinch the final playoff spot.

Golden State won all three games against the Warriors this season. The series will not lack star power with Steph Curry and Klay Thompson leading the Warriors.

On the other side, James Harden and Dwight Howard helped the Rockets get into the playoffs. Despite the coaching changes, trade rumors and disagreements among star players, Houston was able to make an improbable run into the playoffs.

The bad news for the Rockets is they face one of the best teams in NBA history in the Warriors. The Rockets will look to utilize Howard against the Warriors frontcourt, but overall it will be a tall task for Houston to compete in the series.

Read More
Basketball, NBA, NBA Playoffs
Find out all the details on the first round NBA playoffs series between the Golden State Warriors and the Houston Rockets.