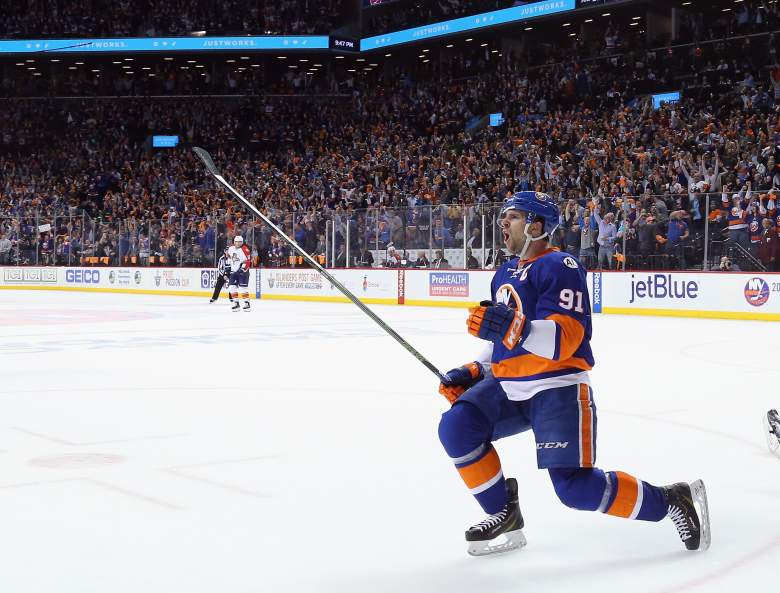 John Tavares scored a power play goal, but it wasn’t quite enough for the Islanders in a Game 4 loss. (Getty)

The Florida Panthers evened things up on Wednesday night, taking down the New York Islanders 2-1 on the road in a game that was a major boost for the Atlantic Division champions.

Roberto Luongo called the win a “huge character” victory and it was. It was also a solid performance for the veteran goaltender who racked up 26 saves on 27 shots and stopped all 10 third-period shots he faced.

So, in a series that has been defined by big-time swings, can the Islanders grab back some momentum in Game 5? There’s only one way to find out. You’ve got to watch.

Puck drop for the game is slated for 8 p.m. ET and is being nationally broadcast on CNBC. Don’t worry if you wont’ be near a TV though. We’ve got ways to stream the game online and on mobile:

Read More
Hockey, NHL
In a series that's been nothing short of back-and-forth, the Panthers and Islanders are all tied up and heading back to Florida.