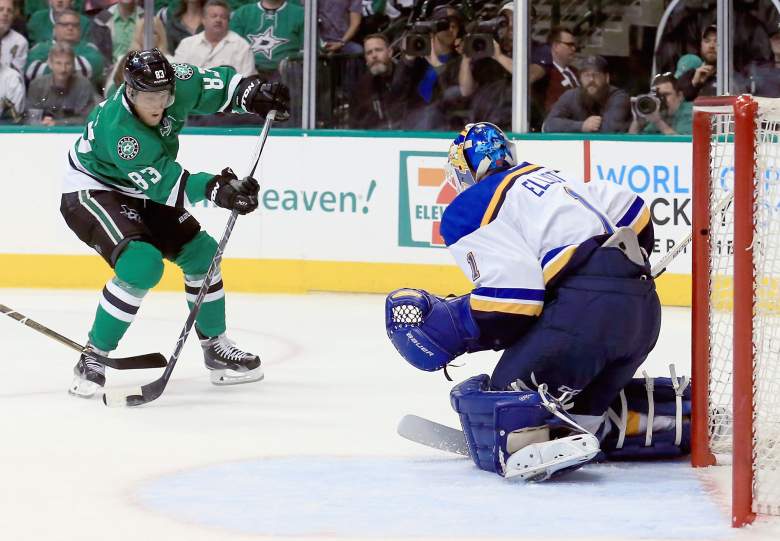 The Dallas Stars stole a Game 1 win on home ice and now look to take a two-game lead on Sunday afternoon. (Getty)

The Dallas Stars grabbed a slim 2-1 victory on Friday night to open up their second round series against the St. Louis Blues and it that was a preview of what’s to come today, Game 2 is going to be good.

We had it all in the opener. We had goaltending. We had hits. We had late-game drama. In other words, you’re not going to want to miss the matchup between these two squads this afternoon.

Puck drop is slated for 3 p.m. ET and the game is being nationally broadcast on NBC. Don’t worry if you wont’ be near a TV though or even near a computer. We’ve got ways to stream the game online and on mobile:

Read More
Hockey, NHL
The series opener was a goaltending battle not many people expected. So, what will happen in Game 2? You'll have to watch to find out.