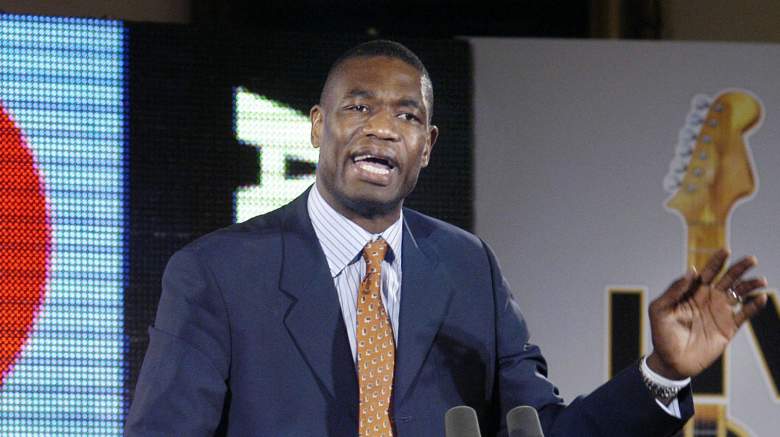 Each year as the NBA Lottery comes and goes, conspiracy theorists claim the lottery is fixed. This year, a Dikembe Mutumbo tweet helped their case.

Just before 4 p.m. Eastern, Mutumbo tweeted this out:

Mutumbo congratulated the Sixers for winning the lottery. The problem is the tweet was sent hours before the NBA Draft lottery took place. After the Sixers won the top pick, the tweet looked even more suspicious. Mutumbo later deleted the tweet.

Mutumbo forwarded an email to the USA Today to clear up the incident. The email was sent to Mutumbo from a member of the Sixers organization and read:

As you know tonight is the NBA Draft Lottery and we are all excited and hopeful we walk away with the #1 overall pick. To help create excitement for the team, would it be possible for you (or whoever controls your account) to post a congratulatory tweet in the event we do get the #1 Overall Pick? I know you have ties to many teams, but none of which would be in the running for the #1 pick this year,” the email read according to the USA Today.

Sorry, guys.Got excited about the @sixers odds and got ahead of myself.Still keeping my fingers crossed for tonight. pic.twitter.com/u6bFaNTJml

While Mutumbo may have explained himself, it did not stop Twitter from having fun with the incident. Here’s some of the best Twitter reactions:

Shouts to Dikembe. He treated this lottery like @WojVerticalNBA handles the actual NBA Draft.

I knew Dikembe wouldn't lie to me

Read More
Basketball, NBA, NBA Draft 2016
Dikembe Mutumbo sent out a congratulatory tweet to the Sixers for winning the lottery. The problem is it had not happened yet.