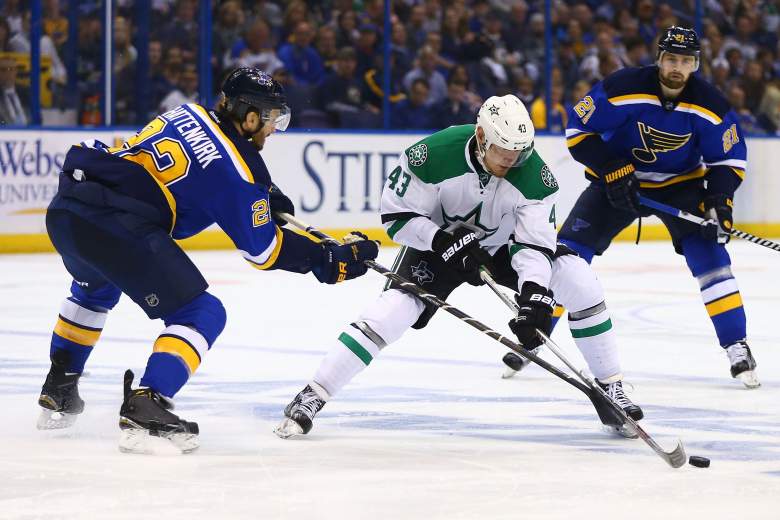 The St. Louis Blues are intent on eliminating the Dallas Stars from the NHL playoffs on Monday night. (Getty)

It’s been quite some time since the St. Louis Blues have made any noise in the NHL playoffs. That can change on Monday night.

The Blues can advance to the Western Conference Finals for the first time since 2001 with a victory over the Dallas Stars. Keep an eye out on Troy Brouwer. The winger has been nearly unstoppable over the last few games, notching four goals and three assists in the last seven games.

Dallas will once again be without Tyler Seguin who didn’t travel with the team to St. Louis for the Game 6 matchup.

Read More
Hockey, NHL
The St. Louis Blues can advance to the Western Conference Final with a victory tonight. You're going to want to watch this one.