Jackie Swann has been a source of support and motivation for her son throughout his basketball career. (Instagram)

Arriving at the University of Oklahoma in the summer of 2012, Chavano “Buddy” Hield was a shooting guard who defended well and had yet to scratch the surface of his talent offensively. By the end of his college career Hield managed to earn multiple individual honors and lead the Sooners to their first Final Four appearance in 14 years. Thursday night Hield and his family celebrated his being picked sixth overall by the New Orleans Pelicans in the 2016 NBA Draft.

But for all the work that Hield himself put in to make the NBA dreams a reality, the road would have been near impossible to navigate if not for the love and influence of his mother, Jackie Swann. Swann raised seven children in an area of The Bahamas known as Eight Mile Rock, living in a three-bedroom house with her mother, two sisters and their children as well. What the family didn’t have in material items they made up for with hard work, love, prayer and unselfishness.

Swann passed along those important lessons to Buddy and his siblings, resulting in his being able to follow and achieve his dreams. Read on to learn more about Jackie Swann and her influence on Hield’s life, both on and off the court.

1. Swann Raised Seven Children, Moving In With Her Mother When Buddy Was 11 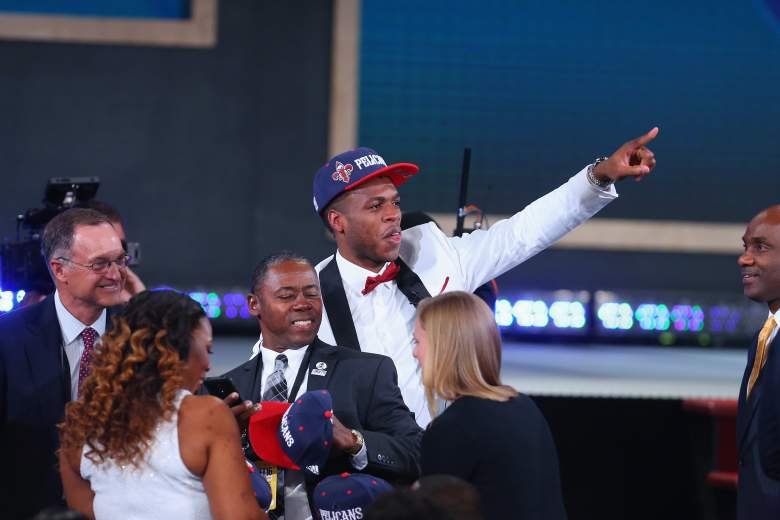 Without Swann’s influence, Buddy Hield’s path to the NBA would have been even tougher (Getty)

Swann and Hield’s father, Vincent, divorced when Buddy was 11 years old. That led to the family moving in with Swann’s mother, living in cramped quarters with the seven children sharing a bedroom in a home that included multiple extended family members as well. To support her family Swann worked three jobs, cleaning houses, catering weddings and working a job in sales as well.

Swann’s work ethic and willingness to find a way rubbed off on Hield, who during his childhood constructed multiple makeshift baskets so he could play the game he loved. That began Hield on a path that led on a college scholarship and the NBA.

“I loved the feeling of creating something out of nothing,” Hield wrote on The Players Tribune this spring. “I don’t just mean the basketball hoop. I mean the freedom the hoop gave us. Freedom to play whenever we wanted.

“I could hear my momma’s voice.

1. Hield’s Nickname Was Inspired by the TV Show “Married With Children”

The fifth of Swann’s seven children, Chavano Hield received his nickname in an interesting way. A friend of Swann’s said that Hield looked like Bud Bundy from the show “Married…With Children,” leading to that nickname sticking at first. However that was soon changed to “Buddy” at the behest of another family friend according to a story Swann relayed to Sam Vecenie of CBSSports.com.

“When he was just this little baby, my girlfriend one day looked at him — knowing I watch the show every day — and said ‘Oh my God, he looks like Bud Bundy,” Swann told CBSSports.com last August. “So we would call him Bud. But then there was this drug dealer in the neighborhood who died, and my other girlfriend came over and said ‘we can’t have him named after a drug dealer, so call him Buddy.’ And it just stuck on him.”

3. In Spite of Their Living Circumstances, Swann Remained Generous

Working to provide for her family didn’t keep Swann from being willing to help out others as well. In a story written by Jason King of Bleacher Report, Hield recalled memories of his mother giving rides to those in need of them and also feeding neighborhood children who may have gone without a meal otherwise. A generous person who believed in the power of prayer, Swann set a positive example for her children.

“We’ve never seen the inside of a jail cell,” Jalisa Hield told Bleacher Report. “My mom never went to the courthouse because of one of us. No one ever called to tell her one of us was stealing. She raised us the right way.”

4. Swann Stayed With Hield and Isaiah Cousins in Norman During Hield’s Senior Year 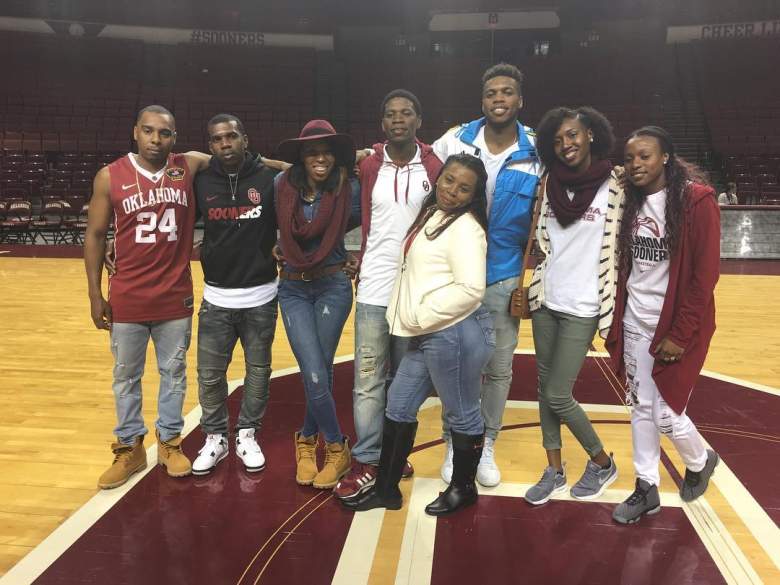 Hield’s family is a major reason why he’s worked so hard to help Oklahoma win. (Instagram)

There’s nothing like good home cooking, and Hield was able to get plenty of that as his mother and two other brothers moved to Norman. The family lived with Hield and fellow Oklahoma guard Isaiah Cousins, with Swann doing the cooking and cleaning that needed to be done. No one minded the arrangement at all, with Cousins becoming particularly fond of Swann’s cooking according to Aaron Torres of FOX Sports. Swann’s influence could be felt throughout the program, and not just with the players and coaches.

“She has done an awesome job, and now it’s time for her to sit back and enjoy what her son is going to give her.”

5. Swann is a Very Religious Woman, Which She Passed Down to Her Children

You can tell from this postgame pic of @buddyhield, mom, brothers & friends that #Sooners got job done against KU. pic.twitter.com/a1Gt5rvXFb

Raised by a religious family, Swann applied similar influence to her children as they grew up in The Bahamas. The family were regulars at their church, and even with life and college resulting in some moving away from home they continued to pray both individually and as a group. During Hield’s time at Oklahoma, prayer sessions over the phone as noted in a story written by Jenni Carlson of The Oklahoman.

But even when she isn’t near her children, there is prayer. Either Jackie or her husband or one of the kids will start a call, adding siblings one by one until everyone is on the line. The kids now live in Florida and Arkansas and Maryland and Oklahoma and the Bahamas, but the distance doesn’t keep them apart.

During Hield’s games at Oklahoma Swann, overcome with nerves, wouldn’t spend much time in her seat. Instead she’d walk the halls of the arena while praying and not returning to her seat until either the game was finished or the outcome was no longer in doubt, whichever came first.