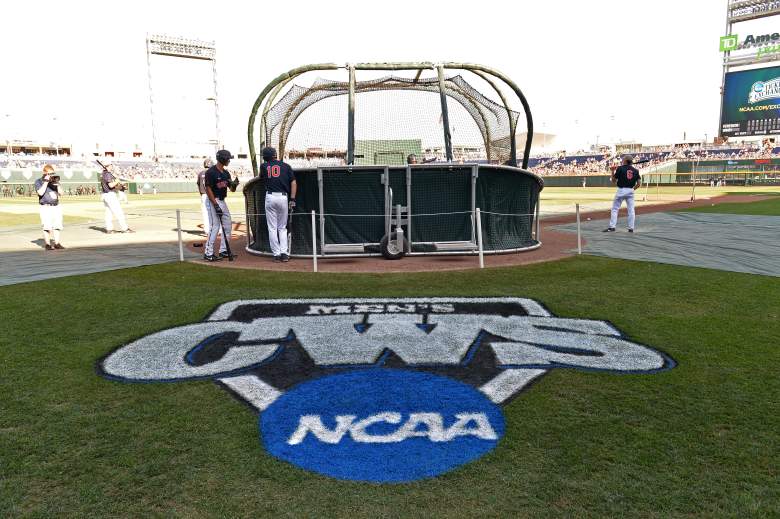 The College World Series is in full swing at TD Ameritrade Park in Omaha, Nebraska. (Getty)

Two days into the championship even of college baseball and teams are beginning to settle in. Here’s a recap of the opening weekend, as well as what to expect going forward.

The day opened with a Texas showdown between Big 12 rivals Texas Tech and TCU. The Horned Frogs won 5-3 and advanced to the winner’s bracket. With his team trailing 3-2 in the top of the 9th, TCU designated hitter Luken Baker hit a three-run home run to take the lead and eventually the win.

And Luken Baker steps to the plate for TCU…#CWShttps://t.co/V0imwSkdyz

Florida and Coastal Carolina followed with another exciting game. The Chanticleers, behind the pitching of Andrew Beckwith, held the No. 1 overall seed to just one run in nine innings for a 2-1 win. Thirdbaseman Zach Remillard had both RBI’s for CCU in the win in the first World Series game in school history.

Coastal Carolina takes a 1-0 lead as Zach Remillard paints the line with a double. #CWS pic.twitter.com/9YxhoHe0jS

On Saturday, Oklahoma State opened the Series with a 1-0 win over UC Santa Barbra. Cowboys sophomore right hander Thomas Hatch pitched a complete game shut out while earning the win. Fellow sophomore Garrett Benge hit an RBI single for the game’s only run.

In the second game of the day, Arizona upset national seed Miami 5-1. Despite getting out-hit nine to seven, the Wildcats’ three-run first inning helped propel ‘Zona to the win.

On Monday, Miami will play UC Santa Barbra at 2 p.m. Eastern time in an elimination game, with the loser having to leave the tournament. At 7 p.m. Monday, Oklahoma State will play Arizona in the winner’s bracket.

The following Day, Florida will play Texas Tech in the Elimination bracket at 2 p.m. while Coastal Carolina will play TCU at 7 p.m.