After nearly a two-and-a-half hour delay, Game 3 of the College World Series has been delayed until Thursday afternoon. First pitch in Omaha began at 1:08 eastern time.

The game will be played tomorrow… Start time TBD. pic.twitter.com/MkuGQJSYbC

With the NCAA baseball championship on the line, Arizona and Coastal Carolina had hoped to play the winner-take-all Game 3. But the Omaha, Nebraska weather wasn’t able to clear up in time, and at around 10:30 eastern time, the game was officially postponed due to rainy conditions.

June 30th will be the latest any College World Series game has ever been played. Despite the delay, the game will still be broadcasted Thursday on the ESPN family of networks. 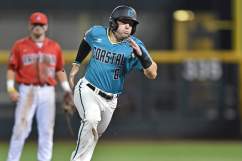 The Wildcats will look to clinch their fifth baseball championship Thursday. The upstart Chanticleers are looking for their first championship in any sport. 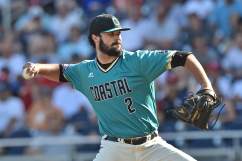