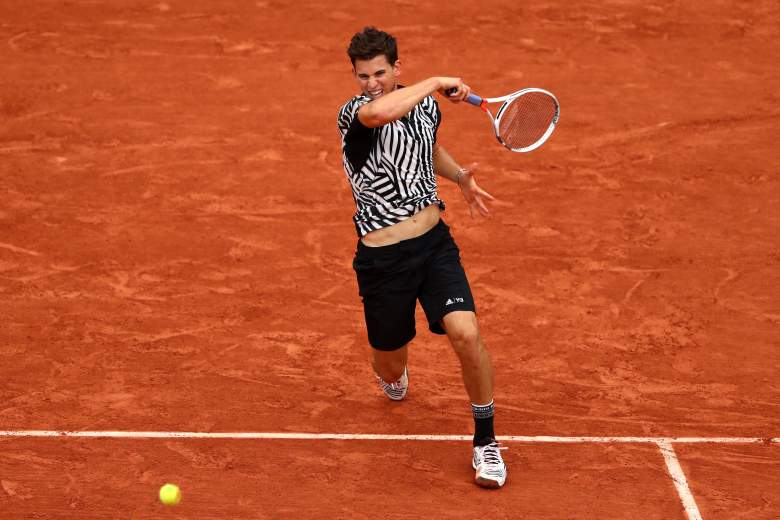 Thiem in his match against Goffin. (Getty)

Dominic Thiem doesn’t even turn 23 until September. Yet he has quickly become one of the more accomplished players in his field, a rising star of the sport. His reward for this is the chance to face the star of the sport, Novak Djokovic, in the Grand Slam Semi-Finals at the French Open. It’s the opportunity of a lifetime for Thiem, a chance to show that he can not just compete with the elite players, but even defeat them. It’s a tall order, but despite his age Thiem is no rookie.

Thiem has been consistently playing in Grand Slam and ATP World Tour Masters since 2014, racking up a win-loss record of 100-68 in Singles performances. But a win against Djokovic would take the Austrian athlete to a new stratosphere in the minds of tennis fans everywhere, a possible new face of the game.

Here’s what you need to know about Dominic Thiem:

1. He Defeated David Goffin, Who Beat Him in the Australian Open Earlier This Year 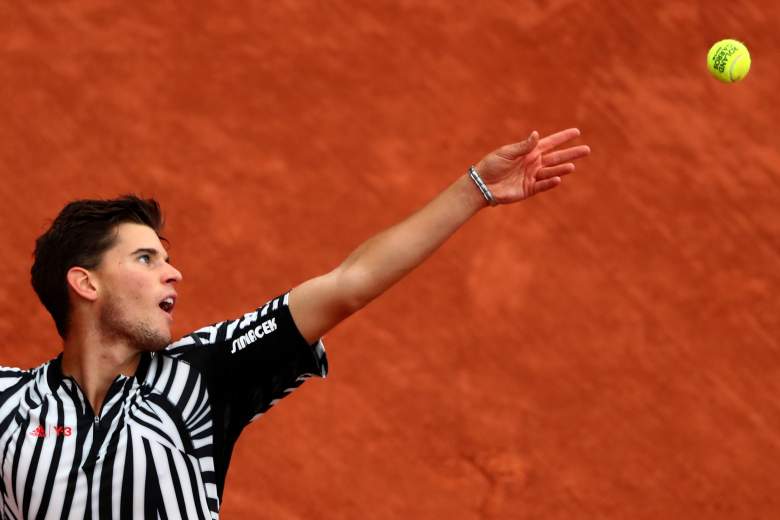 The match against Djokovic will be Thiem’s first ever Grand Slam Semi-Final. He comes into it fresh off his first evern Grand Slam Quarter-Final. In doing this, he defeated Belgium’s David Goffin, 4-6, 7-6(7), 6-4, 6-1. A rough start caused Thiem to drop his first set, and both players failed to confirm set points in the second set, but Thiem prevailed in it, gaining momentum. That momentum continued after Thiem broke a tie in the third set and claimed it, leading to a handily won final set and an overall victory for Thiem.

2. He’s Ranked in the Top 10 ATP Rankings for the First Time in His Career 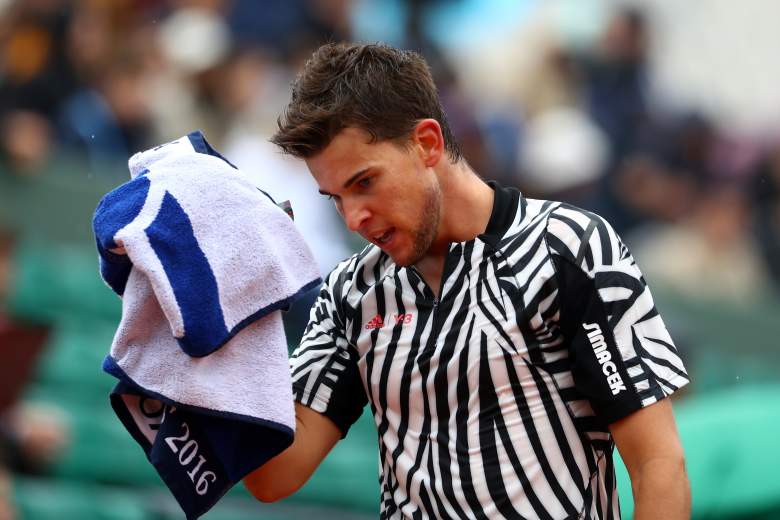 This is the highest ranked Thiem has ever been. (Getty)

For his entrance into the final four of the French Open, ATP World Tour reports that Thiem will, for the first time in his career, be ranked inside the top 10 of the Emirates ATP rankings. Thiem would easily be the youngest player in the top 10, joining more well-known veterans like the aforementioned Djokovic, Scotland’s Andy Murray, and Switzerland’s legendary Roger Federer.

3. Thiem Ended His Junior Career by Winning an Orange Bowl Title in 2011 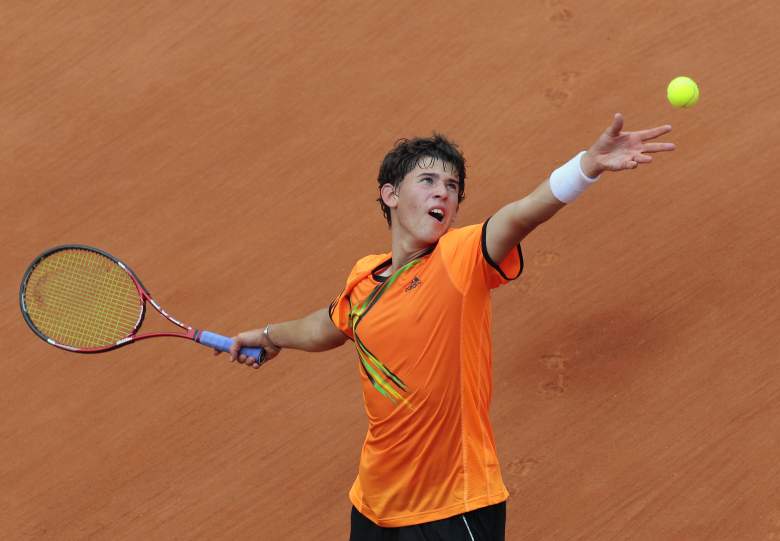 Before Thiem was preparing for a Grand Slam Semi-Final, Thiem was a teenage tennis wunderkind. Thiem had an esteemed junior career, one with an especially impressive ending in 2011. The Orange Bowl is a global junior tennis tournament with different age divisions. Thiem played at 18, and handily defeated fellow Austrian Patrick Ofner 6-1, 6-0.

This wasn’t even the first time Thiem defeated Ofner in a junior championship by that exact score that year, as Thiem had done just that in the Eddie Herr International. Ultimately, Thiem won his last 18 matches as a junior player, making for an easy transition to a pro.

4. He Is Dating Romana Exenberger, a Former Miss Austria Candidate

In late 2015, Austrian press wondered who that woman was in a few of Thiem’s Instagrams, and if she was more than just a friend. Eventually, it was made clear that the woman in question was his girlfriend, and that she was Romana Exenberger, best known to Austrians as a candidate in 2010’s Miss Austria. Though no longer on the pageantry circuit, Exenberger has been featured in a couple of pictures of the two of them on holiday.
https://www.instagram.com/p/931T2VmKBJ/

Tennis World claims that the two of them met in St. Polten, more specifically at an awards ceremony, and some have wondered if she’s becoming the secret to his success. 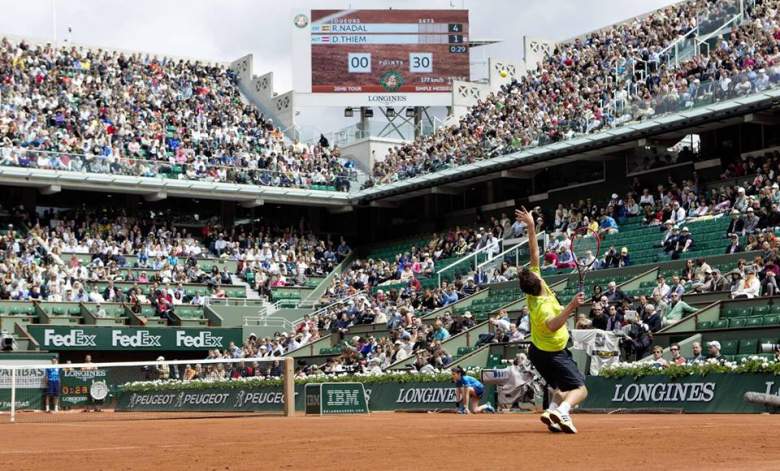 Running a public figure’s public Facebook account can be a lot of work, with moderating and trying to gain followers. Oftentimes it’s not even the person controlling it. Thiem however, does operate his Facebook page, giving it a more noticeably personal touch.

In many of his posts, along with photos, Thiem includes his thoughts on past and future matches, how he felt and why he succeeded or failed. This bit of earnest personality has helped the page grow – posts routinely have thousands of reactions, as well as lengthy comments of encouragement. Facing Djokovic, he’ll need all the encouragement he can get.