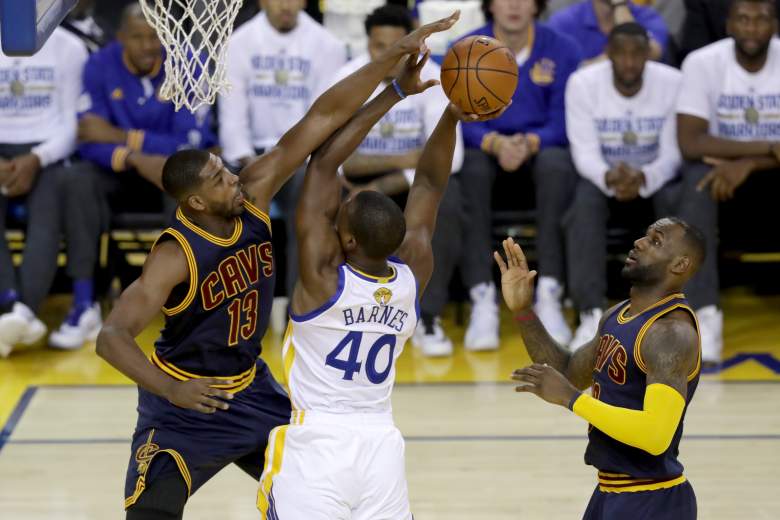 Barnes shoots against the Cavaliers in Game 1 of the NBA Finals. (Getty)

Championships are rare, and back-to-back championships are far rarer. If the Golden State Warriors, who needed a huge comeback to even make the NBA Finals after falling into a 3-1 hole against the Thunder, are going to win another championship they’ll need a number of players to really step up their game. Playing as a team sounds like a cliche, but ultimately it’s what wins championships.

One of those players for the Warriors is Harrison Barnes, in his fourth year in the NBA. Barnes came into the NBA with plenty of hype, and there’s debate about whether he’s come close to living up to it. But now, in the starting lineup of Game 1 of the NBA Finals, Barnes has the chance to make a name for himself, and put himself in NBA lore.

1. Barnes Set a Career High in Points Per Game and Minutes Per Game This Season 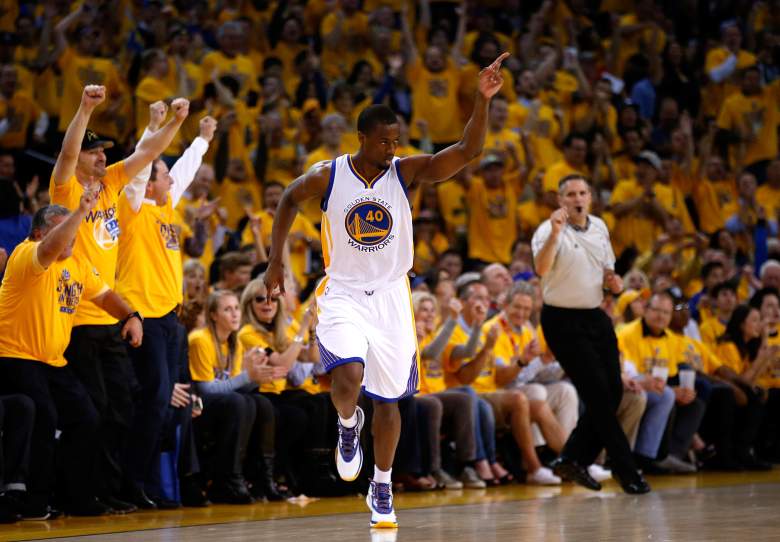 Barnes is not someone who has put up a ton of points in his admittedly short career. The 9.2 PPG he averaged in his rookie year helped him make the 2013 All-Rookie Team. But the next year he only brought it up to 9.5 PPG. This year, however, has seen something of an improvement for Barnes, as he reached a career high with 11.7 points per game.

One possible reason for the uptick in points could be that Barnes also reached a career high in minutes per game, averaging 30.9 MPG on the season. In the playoffs so far, however, he’s down to 8.9 PPG, despite a similar MPG. His rookie year, however, he was able to average 16.1 PPG in the playoffs, though the Warriors were ousted in the Western Conference Semi-Finals by the Spurs.

2. He Was the ACC Rookie of the Year While Playing for UNC 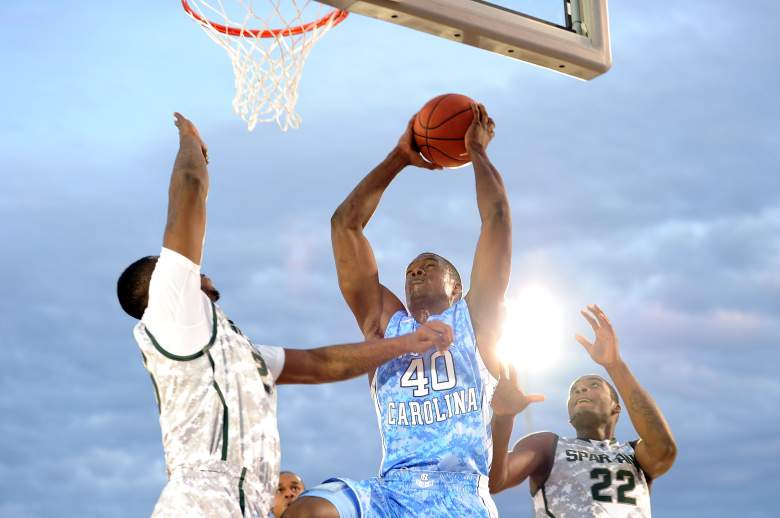 Before his NBA career, Barnes played for the University of North Carolina Tar Heels. His first year on the team was fantastic, helping lead the team to a 29-8 record and making the Elite Eight. Barnes himself was tied for first on the team in PPG with 15.7. He also had 29.7 MPG and 5.8 rebounds per game.

For his efforts he was named the ACC Rookie of the Year. Ultimately in his two years at UNC he averaged 16.3 PPG and 5.5 RPG in 29.3 MPG, with a shooting percentage of 43%. It was these numbers that ultimately got Barnes onto Golden State’s radar, and what led them to make their decision after he declared for the NBA Draft. 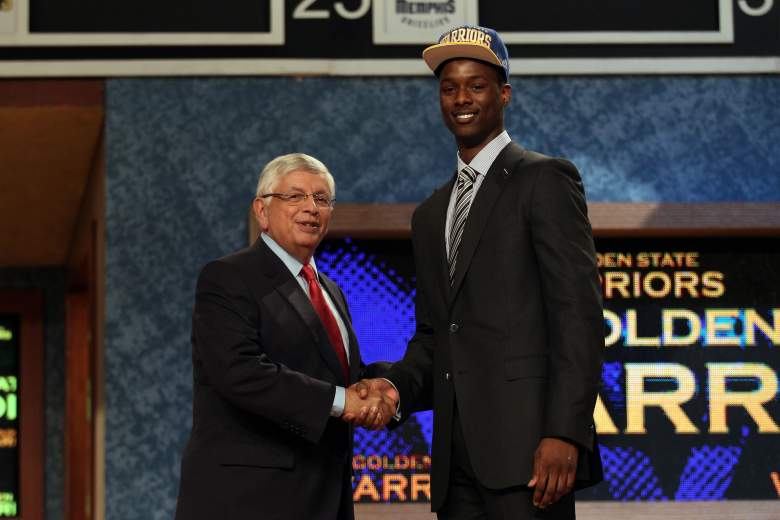 Barnes’s impressive college play landed him on the Warriors when they drafted him with the 7th overall pick in 2012. Anthony Davis was drafted first overall by New Orleans. Other Warriors picks in that draft include other current Warriors starters such as Draymond Green.

Upon drafting him, Warriors GM Bob Myers said “My phone almost blew up with people wanting this pick and wanting this player” to the San Francisco Gate. Myers saw Barnes not only as an incredibly talented player, but player that filled a specific athletic need. His UNC teammate Kendall Marshall said at the time that “I think Harrison’s becoming the player that everybody tried to make him out to be a year and a half ago… That’s not to insult his game at all. Sometimes players just have to grow into that.”

About the player everyone made him out to be…

4. He Was the Number One Rated High School Player of the Class of 2010 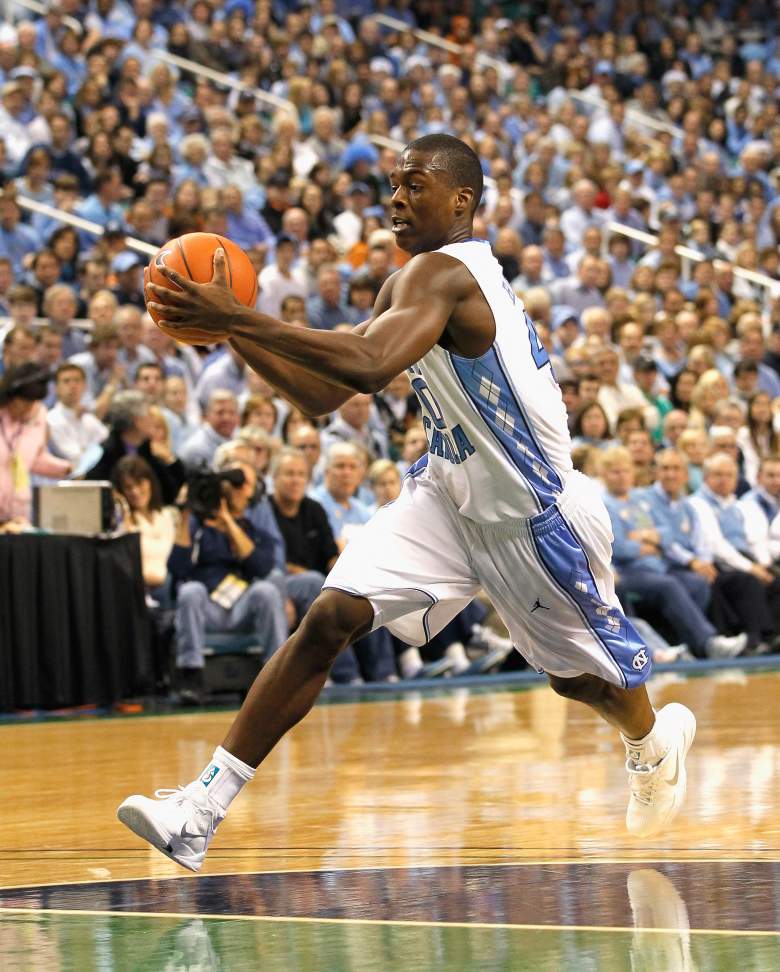 Barnes as a Tar Heel in a game against Texas. (Getty)

Harrison Barnes was THE high school player in America when he was deciding where to play college ball. ScoutHoops named him the number one basketball prospect coming out of the Class of 2010, as well as the top ranked player for ESPNU. ESPN even said Iowans were considering his announcement of what college he would play for “the most significant recruiting news in state history.”

Scouts simply gushed about Barnes at the time. Dick Vitale met him as a sophomore and told the Chicago Tribune, “I’d like to think I have a pretty good feel for people, and let me tell you, he’s a winner.” ESPN’s Paul Biancardi called him an “impact player,” adding “Harrison has a desire to improve, and he brings a savvy and poise that is rare for a young person. He’s a big-time player, big-time person.” 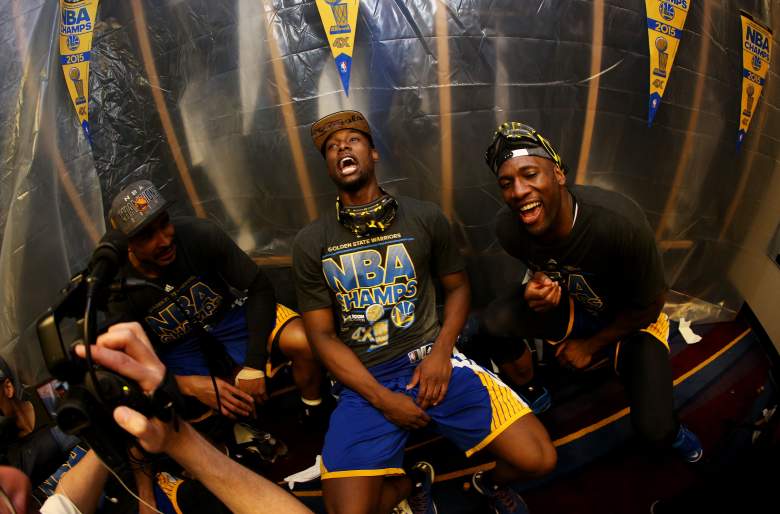 Barnes celebrating with his teammates after winning the 2015 NBA Finals. (Getty)

An interesting note about Barnes’s personal life would be that he is not exactly a drinker. Into his 23rd year he had never had so much as a sip of alcohol. That’s a long time. What would make someone change their tune on such a thing? FOX Sports writer Dieter Kurtenbach had some insight.

Harrison Barnes has never had a taste of alcohol. I asked him what happens if the Dubs win: “That’s over. I’m celebrating.”

That was in 2015. The Warriors, of course, beat the Cavaliers in 6 games to win their first NBA Championship in 40 years. A celebration was imminent, and Barnes partook as well, celebrating with champagne with his teammates. He wasn’t the only teetotaler on the Warriors, but he was the only one to have a drink – Sports Illustrated reported that Finals MVP Andre Iguodala avoided drinking.