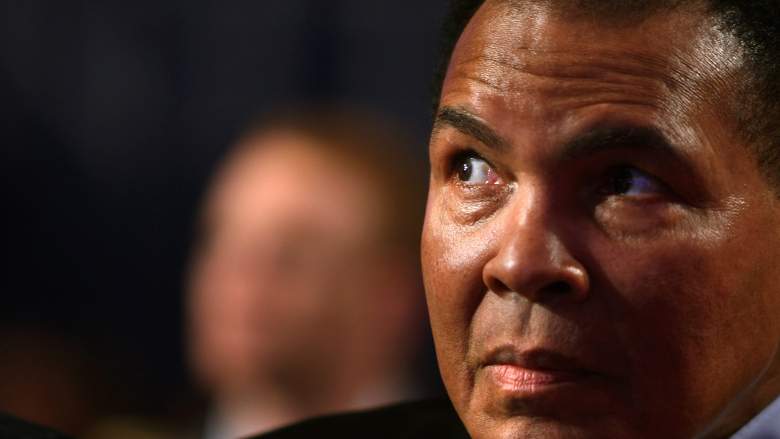 Muhammad Ali, one of the greatest and most influential athletes in sports history, has passed away at the age of 74, a family spokesperson told NBC.

The legend, who has battled Parkinson’s for more than 30 years, was admitted into the hospital on Thursday, June 2, with a respiratory issue, and passed away on Friday.

Here’s everything you need to know about the life and career of iconic superstar:

Widely considered as the greatest boxer of all-time, Ali first won the heavyweight title as a 22-year-old. Facing Sonny Liston, who was thought to be the most intimating, powerful fighter of his time, Ali used his electrifying speed and quickness to pick apart the champ, forcing him to throw in the towel in the seventh round. Sports Illustrated called it the No. 4 top sports moment of the 20th century.

Ali and Liston fought again 15 months later, this time with Ali winning via first-round knockout. Although it remains one of the most controversial finishes in the history of the sport, it was also a moment that created one of the most iconic images we know today:

On this night in 1965, Ali leveled Liston and an iconic photo forever immortalized the moment. (via John Rooney/AP) pic.twitter.com/olZpMHagOP

Ali went on to defend his heavyweight title eight more times, running his record to 29-0 prior to a three-year suspension in 1967. Upon his return, he won a pair of fights before suffering his first career loss at the hands of Joe Frazier.

In a span of less than two years between 1974 and 1975, Ali scored three of the most famous wins of his career: the “Down Goes Frazier” fight, the KO of George Foreman in Zaire to win the heavyweight title and the rubber match against Frazier, dubbed the “Thrilla in Manila.”

Following several more title defenses, the finish to Ali’s career was not a storybook one, as he lost three of his last four fights, but that did nothing to take away from one of the most storied careers ever.

2. He Was Banned From Boxing for 3 Years

As the Vietnam War raged on in 1967, Ali was drafted into the United States Army. However, citing religious reasons (he had converted to Islam three years prior), he refused to join and on April 28 was arrested on charges of draft evasion.

He was sentenced to five years in prison and a $10,000 fine. Although he remained out of prison while appealing the decision for the next three years, he was stripped of his titles, had his boxing license suspended and was out of the sport between the ages of 25 and 28.

Ali, like his father, was originally named Cassius Marcellus Clay after a 19th-century politician and abolitionist. The original Clay, nicknamed “The Lion of White Hall,” emancipated 40 slaves he inherited from his father and worked as minister to Russia under Abraham Lincoln.

Just days after his first victory over Liston, “The Louisville Lip” converted to the Nation of Islam and was officially bestowed the name Muhammad Ali on March 6, 1964. 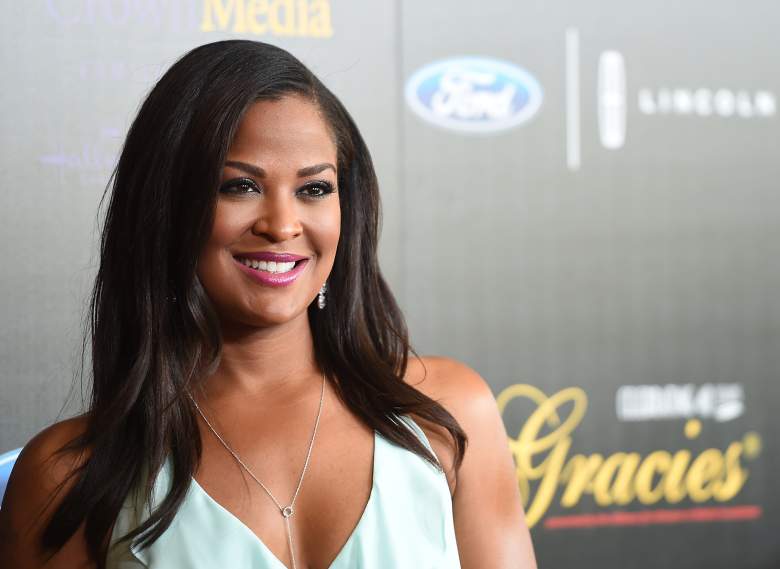 Perhaps the most famous member of his family is daughter Laila (mother: Veronica Porsche Ali), who went 24-0 as a boxer between 1999 and 2007, winning an array of world titles. She has also appeared on a number of television shows, including American Gladiators, Stars Earn Stripes and All in with Laila Ali.

Maryum (“May May”), Ali’s oldest child, has also collected a bit of fame. She has released a rap album, written a children’s book and appeared on many television shows, including 60 Days In, a reality show in which she voluntarily spent 60 days–undercover–in jail.

Read more about Alexandria Vera in Spanish at AhoraMismo.com: 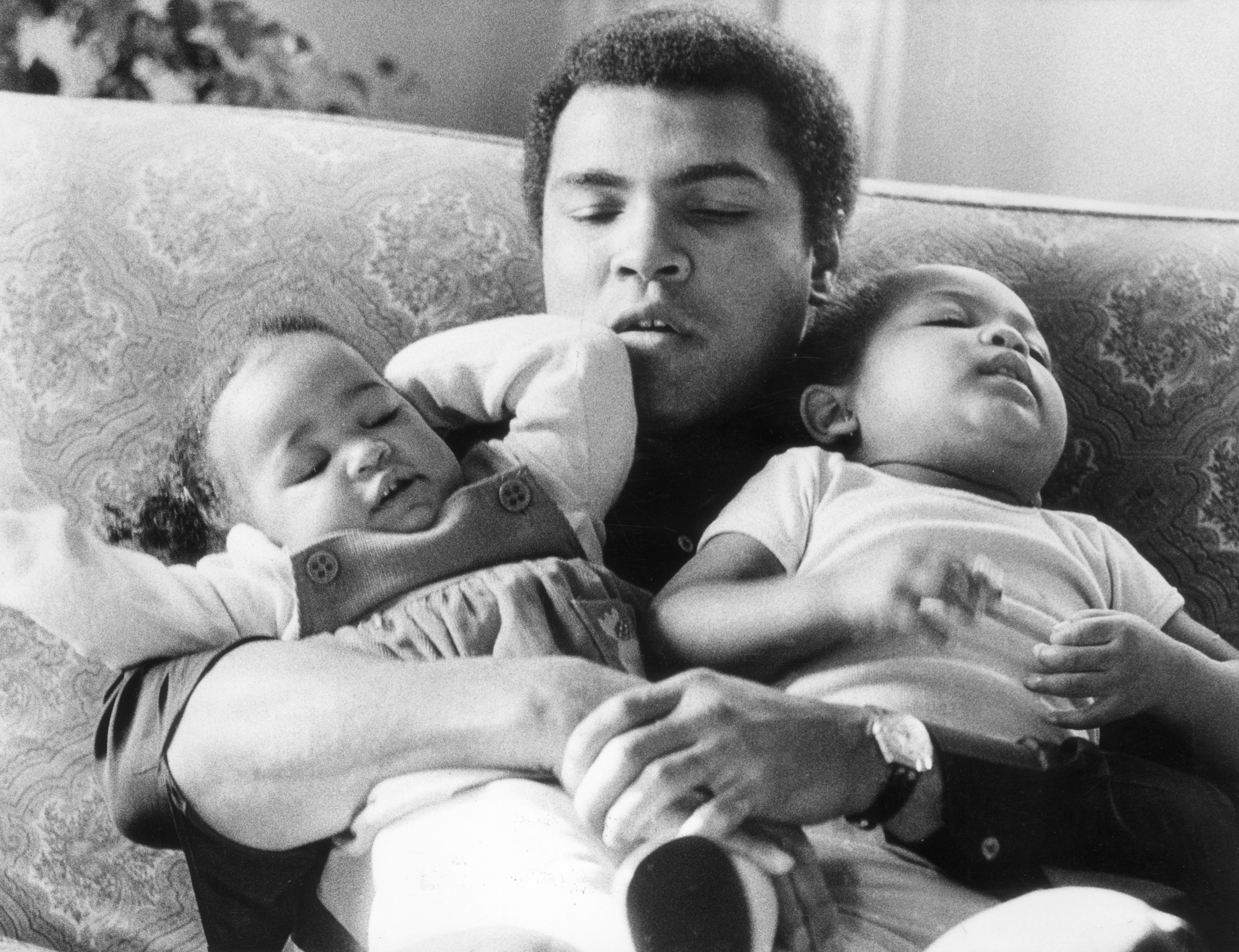 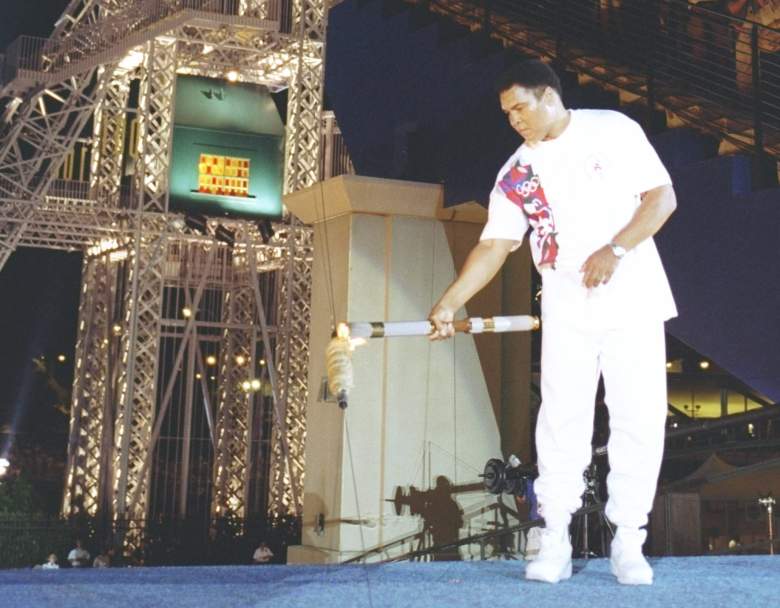 Ali began showing symptoms of Parkinson’s when he retired in 1981, although he wasn’t diagnosed until three years later when he was 42 years old.

It has been speculated that his condition was a result of injuries to the brain during his boxing career.