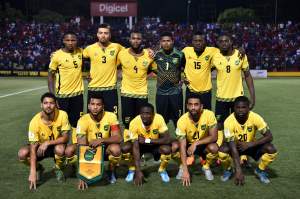 Venezuela scored the lone goal of the match just before the 15′ mark. Shortly after the goal, Jamaica was whistled for a slide tackle and received a red card. Jamaica played with ten men for most of the match.

It was a big win for Venezuela given Mexico and Uruguay are also in the group. They picked up three points in the most winnable game.

Venezuela is ranked 77th in the FIFA rankings and is one of the lowest ranked teams in the tournament.

Martinez scored just before the 15′ mark for the first goal of the match. Venezuela got off to an incredibly fast start and dominated the opening minutes of the match.